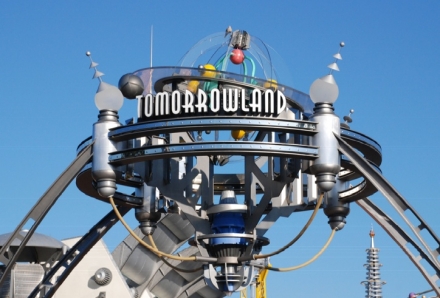 As Walt Disney himself presented in the 1964 animatronic stage play the “Carousel of Progress,” man often believes that society has reached its peak when even greater advancements are right around the corner. So, here is a little look into how the market is making the future a much different place than what we may have expected with new technologies replacing old ones.

In education, we are seeing significant changes to the structure of colleges. At the moment, the percentage of degrees in liberal arts as history, education, and english have are decreasing in degrees. Likewise, the programs that are seeing the biggest growth in enrollment are actually those in Science, Computer and Information Sciences and Support Services, Engineering, and Math, or those in what is known as the “STEM” fields.

This is actually a direct response to the changing job market as STEM fields are actually becoming in higher demand while liberal arts degrees are financially going under. As a result, there have been calls to restructure colleges to focus more on STEM fields while liberal arts schools are facing financial problems. In other words, this is a direct response to the principle of supply and demand.

This is also seen in forms of entertainment like film, television, and video games. Last year was one of the worst years in film ticket sales and this seems to be a continuing trend. Likewise, the same seems to be true for television as TV ratings are on the decline.

Video game sales are also continuing this field of entertainment as their sales are plummeting. In large part, this is due to increased competition from internet sources such as online services like Netflix which can provide films and TV shows in the comfort of one’s own at a much lower prices than a theater ticket at any time. Video game sellers meanwhile are facing significant competition from smartphones and digital sales, which are more convenient and easier to access. So overall, the market is changing from advancing and newer technologies as well as easier access for the average individual.

Though there are probably many other markets that are rapidly being changed because of supply and demand, the final and most significant one to be focused on is journalism. As has been a statement for a while now, online news is quickly replacing print media like newspapers. However, this is a significant change as already, newspaper employment has declined by 60% in the past 26 years. Meanwhile, 45% of the Wall Street Journal’s subscriptions are now completely digital. Unsurprisingly, online news is also starting to replace televised news as well. Overall, new innovators on the internet are creating easier and faster ways to reach consumers that are outperforming traditional outlets.

The result, of course, has been moves by these traditional sources to regulate and stop the changing times as opposed to innovate. There have been calls for increased funding for the colleges of arts and sciences despite their slide into questionable relevance, Hollywood has very liberally used the patent system to stomp out its online competition and content creators, and establishment media outlets are working to classify potential competitors as “fake news.”

With a freer market, the world will continue to look different. Without regulatory stifling, there will be new technologies that will make concepts we had previously thought of as important completely obsolete. Colleges will look different, entertainment will be consumed in different ways, and old news sources will continue to fade. Often, people tend to believe that we have reached the pinnacle of civilization when in reality newer and better technologies are coming very soon. This is a reminder that there will always be a sunny future if we just allow it.