Three Easy (and Free) Ways to Delight Your Volunteer Army 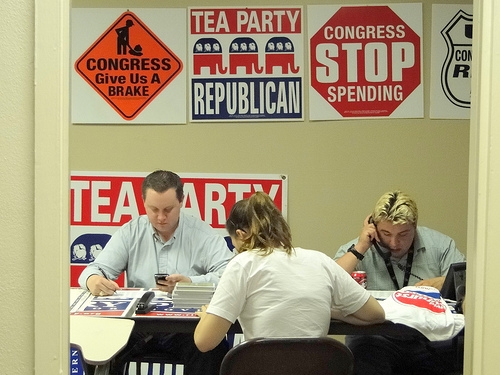 One of the things I've learned about political activism is the two most precious commodities for any group or campaigns are money and people. Yes, I know I just gave you a candidate for "most obvious statement of the decade", but stick with me a minute. We know, even for groups at the local level, money can be awfully hard to get and we'll break our brains and our backs to get more. We don't work nearly as hard to get people though, do we? We who have been involved with an activist group at any level more or less assume volunteers will show up in our yard as if we had the tastiest milkshake. We also tend to think our volunteers will hang with us through thick and thin, with little effort on our part to keep them.

We know neither are true, though. We've seen campaigns collapse for lack of people to make calls, knock on doors, stuff envelopes, maintain web sites, or spread the word to their friends and neighbors. We've seen groups wither and die for lack of help. Money often gets all the attention, but people make your group go. (tweetable) If you can find ways to keep your volunteer army happy and motivated, ways that don't cost a lot of money, you'll have a huge advantage on everyone else.

Here's the thing; these ideas that follow are free, or nearly so. They cost little but effort but pay off in bushel baskets of good will, which is something you cannot buy no matter how much money you raise. Your reputation among those who would spend hours working for you is priceless; you can increase it with only a small bit of effort. When you ask someone to volunteer for you, you are really asking them to spend part of their life on you. (tweetable) If you can give something back to them, a token of your appreciation that shows other folks how valuable their contribution is, you'll put yourself miles above anyone else asking for their time.

Besides, it's just right to show some outward appreciation to anyone who would give their time to you, no matter their reason. A public "thank you" is a big deal. Think back to the times you volunteered and consider who you'd work with again and who you wouldn't. I bet you most of the people on your "would help again" list are those who returned your work with some work of their own. Let's look at a few ways you can show your crew some love.

1) Open up the inside access. Everyone wants to feel special, even if they know they're really one of a thousand. (tweetable) You can buy a lot of good will from your crew by occasionally letting them into the room where decisions are made. For instance, poll a portion of your volunteers on questions your leadership staff is pondering, especially questions that involve volunteer staffing or outreach (which is where most of your volunteers live every day). If you run a campaign, make sure your candidate spends time with your volunteers, even if only to get a few pictures taken with them (which they'll share on Twitter and Instagram). Invite a couple of your best volunteers to front-row seats at your next events or, better yet, give them backstage access. Make that the prize for a regular contest.

2) Feature their stuff. Most of your volunteers are not new to your cause or your candidate. In fact, their volunteerism is the latest phase of their activism, which most likely includes new media. If you look, you'll find dozens of well-written blog post and facebook updates, tweets and instagram photos all of which tell your story in a different way. Find the very best posts and link to them from your own web site, then let your volunteers know you did it. They will spread that link even farther, which not only drives more traffic to your web site, but shows that you're not like other groups that selfishly horde their social media juice. Not only do you benefit, but they will as well. Their posts will get a wider audience and they'll be seen by others in "the cause" who may remember them later for other work that isn't free.

3) Feature them. If you believe your volunteers are the heart and soul of your organization, show us. (tweetable) Feature one volunteer every couple weeks in a special write-up on your web site. Have your candidate or the head of your group mention one or two of them by name in a speech. Put their pictures (with their names and links to their Twitter account) where we can see them. Shine a spotlight on them. Be outwardly proud of them and the work they do for you. Share their dedication with the world. Brag on them. Of course you must ask their permission first; some folks want no part of the spotlight and you should honor their wish for privacy. Again, there is mutual benefit here. You get more enthusiasm and loyalty and they get more "face time" with people who might have other opportunities for them.

Some of the best way are here for you. http://hackig.net

Recently, House Democrats reintroduced H.R. 3, the Elijah E. Cummings Lower Drug Costs Now Act, or, as we prefer to call it, Speaker Pelosi’s Socialist Drug Pricing Scheme. As we’ve noted time and time again, any time the government interferes in a private market and sets prices for that market, they put a bandaid on a bullet hole -- covering the underlying issue up, but leaving it to fester and worsen over time.

Biden's Address to Congress: 'Not a lie if you believe it'

It seems President Biden discarded his used and abused line of “unity” in order to weave another false narrative — this time meant to gaslight the American people — focused around one word: “together.”

WASHINGTON, D.C. -- FreedomWorks' nationwide BEST (Building Education for Students Together) tour, a national parent-led education movement to expand education freedom and empower parents to get more involved in their children’s education, continues this week. After a successful national event in Nashville last month, BEST has travelled across the country to continue supporting, educating, and, most importantly, bringing together parents and other groups who wish to see a positive change in our nation’s education system.

FreedomWorks Names Member and Bill of the Month for April 2021

WASHINGTON, D.C. -- This week, FreedomWorks announced Rep. Byron Donalds (R-Fla.) as our featured Member of the Month and a resolution condemning Modern Monetary Theory, H.Res. 267 and S.Res. 136, introduced by Rep. Kevin Hern (R-Okla.) and Sen. Mike Braun (R-Ind.) as our featured Bill of the Month for April 2021.