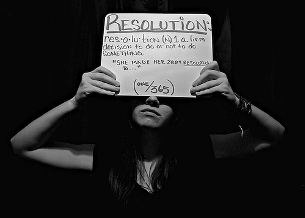 We all develop bad habits, especially on our social media platforms where we are largely self-taught. Often, we don’t even know we’ve made a mistake until we see the results — reduced traffic to our site, the mentions column of our Twitter feed blown up like Michael Corleone’s car, an angry Facebook mob storming the comments. Worse yet are the mistakes that don’t cause an immediate and noticeable result but that build up over weeks or months (or sometimes years). Those mistakes are like taking the wrong path in an immense maze. You won’t know you’ve taken the wrong turn until you hit a dead-end, and though you can go back and take the right path, you’ve lost time and opportunities.

Fortunately, we don’t live in the “Wild West” days of social media. Blogs have been around for well over a decade (when they were called “weblogs” and creating a new post meant hours of coding and uploading). Facebook and Twitter have been in our hands for almost eight years, Tumblr for nearly seven, Instagram for three, and those are just the ridiculously-popular sites. Other outlets like Digg and StumbleUpon have also been with us long enough that I’ve actually seen articles that seriously discuss their “death” because they’re “old”.

I’ll let you in on a little secret: social media isn't hard to do well. (tweetable) Most organizations that mess it up do so because they didn’t take their social media exposure seriously. They either over-thought things and reduced their efforts to antiseptic corporate-speak that bored the socks off of everyone, or they used the “what the heck, let’s hand this to an intern” approach. As with most things in life, success is built in large part on learning the lessons in front of you. (tweetable)

So let's knock down a few easy social media lessons we can learn right now to start the new year off right.

1) Don’t steal. I know none of you would lift someone’s graphic and put it on your site without credit, but other people do all the time and it never works out well for them. Sure, they don’t necessarily take an immediate hit, but that sort of lazy and callous work builds up into a reputation no one wants. Keep it simple: If you use something someone else created, give them prominent credit, with a link at the very least. (tweetable) Don’t swipe someone’s entire article and if you quote a huge chunk of it, be very sure you direct your readers to read the whole thing. I’ve had articles and ideas used with no (or very minimal) credit. It stinks. It’s theft. Just don’t do it.

2) Get off the well-trodden path. You want to write about the hot “story of the day”. Your readers may well expect it of you as well. What you don’t want to do is write about it in a perfunctory way or the way that everyone else will write about it. Spend a couple extra hours with the story, find the angle no one else has found, and build your post from there. You may lose a few early clicks as folks rush to the story, but you’ll gain far more than you lose as other bloggers see that you have something different to say and link to you. Who wouldn't want a reputation as the go-to site for a point of view that's fresh and different? (tweetable) I'd like to write more about this but I'll save it for a future article.

3) Give until it hurts. I know your organization needs donations, your campaign needs volunteers, your company needs customers. You're in competition with a hundred other groups a lot like yours, they want what you want, and the pool isn't as big as it used to be. You have to send out daily e-mails asking for donations or volunteers or likes or followers or whatever you want this month. You have to, right? The truth is, you don't. You can send out e-mails full of useful information, helpful connections, even (*gasp*) free stuff. Be the e-mail source for the very best information in your niche, no matter what it is. Run a contest and give away a little schwag. Ask your subscribers to write a funny poem or take a cute Instagram photo and feature the winners in your next e-mail. Be interesting. After you've given and given and given a little bit more, then ask*. Remember, folks tend to give more readily and generously to people (and groups) they like. (tweetable)

2014 can be your banner year; the year your social media efforts take off and soar. Might as well get started on it today with these three easy and incredibly useful habits!

*This is the entire theme of Gary Vaynerchuck's excellent book Jab, Jab, Jab, Right Hook. If you run a social media account, or are thinking of starting one for your organization, please get your hands on a copy and read it. It will be the most useful book on the subject you'll read all year.

0
02/24/2014
How to Rock the Super Bowl without a Million Dollar Budget
"https:\/\/www.freedomworks.org\/content\/how-rock-super-bowl-without-million-dollar-budget?social=facebook_share"
null
https://fw-d7-freedomworks-org.s3.amazonaws.com/styles/thumbnail/s3/te_social_media_share/fw_default_0.jpg?itok=35IWEBMb
Blog

Senator Mike Lee and the Power of Positivity

As you know if you’ve read my posts here, I usually don’t write about politics. Today, I want to make a partial exception. Mike Lee, the fine Senator from Utah, gave a speech at the Heritage Foundation that ought to command your attention for a few days.

Any social media expert worth their Twitter followers will tell you that you need to build a solid mailing list*. A well-built e-mail list is a ridiculously powerful tool you can use to build the sort of community you most desire.