Time for the Ohio Senate to Pass Forfeiture Reform 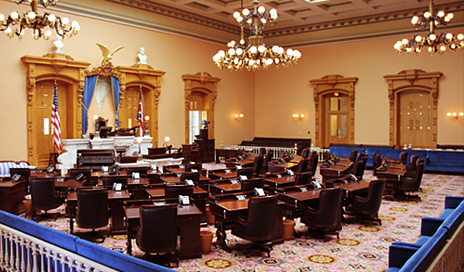 A new poll from the Coalition For Public Safety shows a majority of Ohio voters support justice reform. The sentiment is shared by Ohioans of all stripes, including a significant number of those in the Statehouse, as evidenced by the support and passage in the Ohio House of House Bill 347 -- a bill that would end the practice of seizing private property from individuals who are suspected (but not convicted) of having taken part in a crime. The bill has yet to pass the Ohio Senate.

The practice that allows law enforcement officers to seize individual’s cash, cars, even homes, is known in the United States as civil asset forfeiture. But don’t let the name fool you--this isn’t forfeiture, this is confiscation.

The precursor to these laws can be found in 17th-century British maritime laws which required vessels importing or exporting goods to fly the British flag. It is fitting that the bad idea of civil asset forfeiture originated as a bedfellow of nationalism and government intervention in markets.

Today, utilization of civil asset forfeiture has ramped up following the start of the massive failure known as the war on drugs. One failure goes hand-in-hand with another. A pillar of the American justice system is that an individual is presumed innocent until proven guilty. In a perversion of this tenet of due process, those whose property has been confiscated must prove their innocence in court if they wish to reacquire their possessions, treating those merely suspected of wrongdoing as guilty until proven innocent.

A court battle can be time-consuming, expensive, and exhausting. If a woman’s car has been confiscated, she may have trouble getting to court. If a man who chooses to keep his money in the form of cash has his money confiscated, he may not be able to afford the legal fees, let alone rent and sustenance. Recall that these people have not been convicted of wrongdoing. Suspicion is not enough to wreak such injustice upon a life.

These laws incentivize police to take the property of private individuals. The war on drugs often gives them an excuse and this nasty combination leads to the police making a profit. As pointed out by the Cato Institute’s Adam Bates in a recent event on Capitol Hill, seized money goes back to police departments and is treated as funding. The public does not get a say in this funding as the appropriations don’t have to go through a legislative appropriations process. If instead of voting on tax levies, the government decided to circumvent the democratic process and force people to hand over their money, there would surely be outrage. The case of civil asset forfeiture is no different.

The Buckeye State needs to follow the example of New Mexico and ban civil asset forfeiture. An abuse of justice like this is not to be tolerated. The people of Ohio have spoken, the House has done their part, and now it is time for the Senate to make the final steps in the right direction and uphold the ideals of justice.