Is TPP Free Trade and Should We Support It? 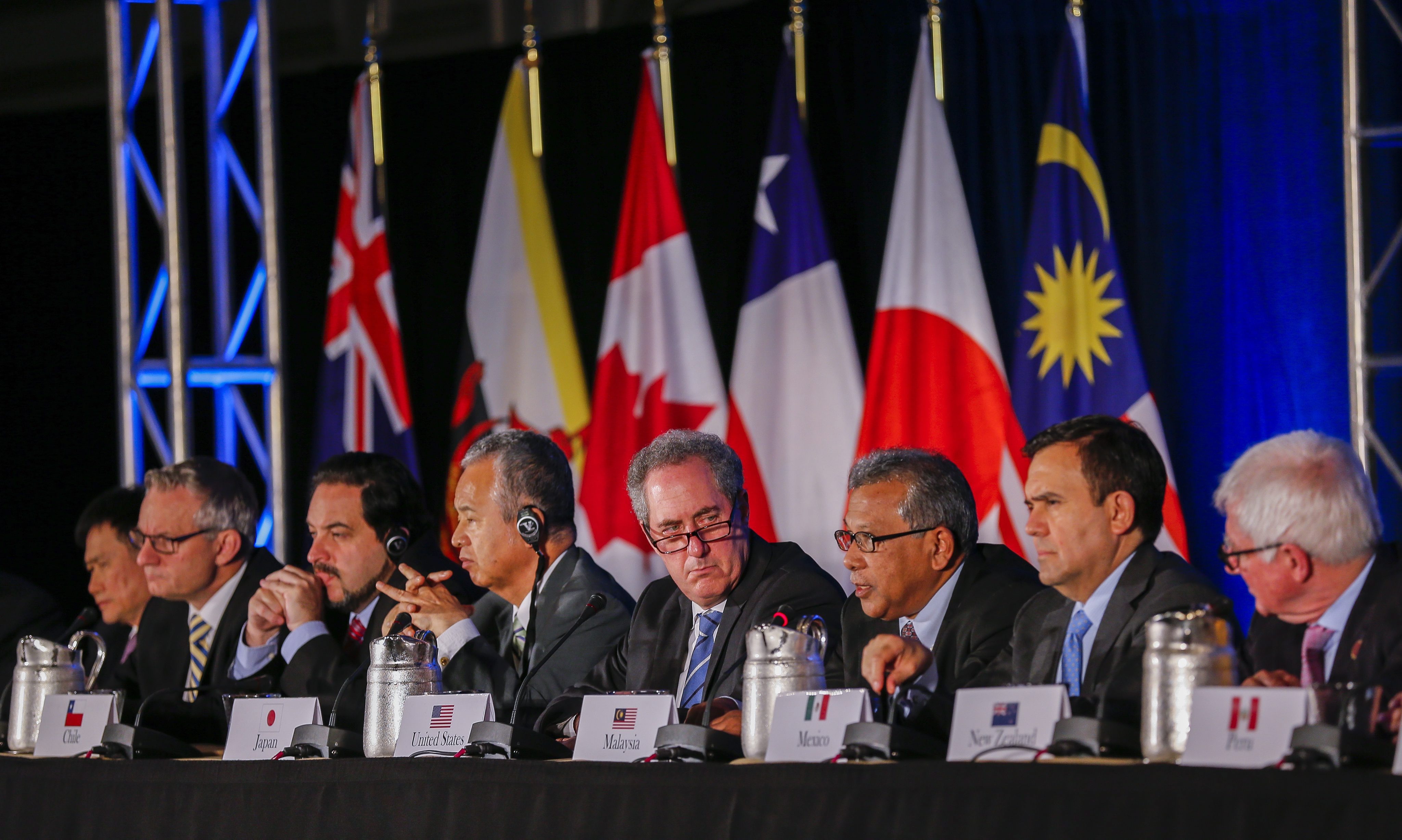 In February of 2016, the Trans-Pacific Partnership (“TPP”) deal was signed by 12-member states – Australia, the United States, New Zealand, Peru, Malaysia, Canada, Singapore, Vietnam, Japan, Mexico, Brunei, and Chile - after several years of negotiations. The deal was technically reached in October 2015, followed in November by the release of the trade deal’s text comprised of a whopping 30 chapters of information.

From the outset, many groups decried the trade deal. In the U.S., for example, opponents of the trade deal, such as former presidential candidate Sen. Bernie Sanders (I-VT), warn that TPP threatens U.S. sovereignty and is fundamentally unconstitutional. However, experts such as Attorney General Edwin Meese who served under the Ronald Reagan administration explain how such claims are unwarranted. According to Meese, free trade agreements (“FTAs”) do not undermine U.S. sovereignty and are not unconstitutional. “The United States will always have the ultimate say over what its domestic laws provide. No future agreement could grant an international organization the power to change U.S. laws,” the former Attorney General stated. Moreover, concerning sovereignty and constitutionality issues, Congress has the ability to violate international commitments as it has done in the past; in fact, the U.S. has the option to withdraw from an international agreement through executive action alone.

Fears aside, the key question remains, “Is TPP free trade?” In a word, NO, the Trans-Pacific Partnership deal is not free trade in the true sense. Trade deals today fall under a more realistic categorization known as managed trade. Just as capitalism and the free market are constantly impeded by government interference, we cannot conclude that international trade practiced today falls under a pure definition of free trade for the same reasons.

Given that answer, can we then confidently support or reject TPP altogether? That’s where the answer gets tricky. No contract consisting of over 5,000 pages is going to satisfy all parties, and we’d be naïve to assume that private interests aren’t in some way benefiting through aspects of this trade pact. These points, however, shouldn’t be reason enough to demonize TPP.

TPP aims to slash tariffs and trade barriers and expand opportunities for a region of the world that makes up 40 percent of global GDP. The deal is expected to increase U.S. wages and employment. By 2030, the world’s annual income gain is projected to reach $492 billion with an increase of $131 billion for the United States alone. TPP will also give small businesses the opportunity to increase their reach to TPP-participating countries and, consequently, export more goods.

While we can’t describe FTAs as true versions of free trade, we can evaluate the benefits each may or may not bring to our economy. At a minimum, managed trade is a positive departure from short-sighted, fear-based, reactionary protectionist practices of the past. As House Committee on Ways and Means Chairman Kevin Brady (R-TX) stated, free trade is “the most anti-establishment” tool available because it tells bureaucrats that, “we, the American consumer, will buy what’s good for our family or business at the price we choose to afford,” which is a valid argument for advancing global trade opportunities.

In the end, in order to analyze the true impact of TPP, it is critical that an extensive and fair review of the document in its entirety be performed prior to accepting or rejecting TPP. Today, the Cato Institute’s Herbert A. Stiefel Center for Trade Policy Studies released its chapter-by-chapter report on TPP which was conducted over a period of eight to nine months. We at FreedomWorks will continue to analyze the subject and stay true to genuine free market and free trade ideals, while making sure to dispel any misinformation generated by fear or faulty facts that distract from the more important concerns associated with TPP.