The Trans-Pacific Partnership: Pros and Cons 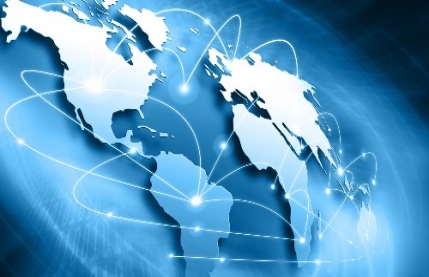 Free trade is a noble goal, but does TPP get us there?

After a decade of negotiations between a dozen different countries, it appears that the Trans-Pacific Partnership is finally ready for review and an eventual vote by the Senate, likely to come in January. The deal is controversial, which is unsurprising given its length and complexity, but based on what we know of it so far, there is plenty to comment on.

We should begin with the acknowledgment that free trade is a huge benefit, not only to domestic prosperity, but to global wealth. When countries specialize in what they do best, and goods are not hindered from crossing borders, we all win.

There are many who have criticized the very idea of the Trans-Pacific Partnership on the grounds that it will cost American jobs, but this perspective involves a misunderstanding of the gains from trade. When goods are less expensive, our dollars stretch further, our standard of living increases, and we have more money to buy other things, or to invest in new technologies or fledgling business models. Protecting an inefficient way of doing business helps no one in the long term.

Nevertheless, the fact that free trade is an unambiguous good for the economy should not lead us to accept the TPP without close scrutiny. Like all major trade deals, the plan does not simply involve the lowering of tariffs and quotas. There is much more at stake, which is why many people refer to such agreements as “managed trade” rather than “free trade”.

The specifics of the TPP remain murky, but we know that there are sections of the agreement imposing certain labor, environmental, and intellectual property standards on the partner nations. Exporting the United States’ environmental regulations, or labor standards such as the minimum wage, to other countries with still developing economies would have disastrous consequences, and some of the intellectual property provisions will make it even more difficult for poor countries to obtain badly needed pharmaceuticals.

These provisions could harm the U.S. by hampering other countries’ abilities to produce and export, resulting in higher prices, and potentially allowing for a new system of international lawsuits over allegations of copyright violation. All of this will have to be taken into careful consideration before the TPP can be viewed as a net positive.

We should applaud and encourage any efforts to grease the wheels of global trade, bringing wealth - and hopefully peace - to a greater portions of the world’s population. After all, as the old saying goes, “when goods don’t cross borders, armies will.” Still, the Trans-Pacific Partnership contains much that is troubling, and we look forward to a more thorough analysis as more details are released.

Is TPP Free Trade and Should We Support It?

In February of 2016, the Trans-Pacific Partnership (“TPP”) deal was signed by 12-member states – Australia, the United States, New Zealand, Peru, Malaysia, Canada, Singapore, Vietnam, Japan, Mexico, Brunei, and Chile - after several years of negotiations. The deal was technically reached in October 2015, followed in November by the release of the trade deal’s text comprised of a whopping 30 chapters of information.