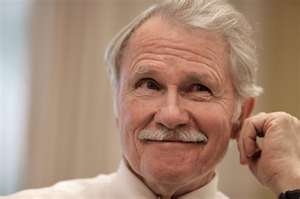 Cover Oregon, the bi-partisan state health care exchange set up under the Affordable Care Act (Obamacare), is facing more trouble. The exchange has faced national scrutiny for spending $305 Million on a website and $28 Million more in marketing costs, without having signed up a single new enrollee after nearly two months in operation. Now, it's being reported that multiple security breaches have sent personal information of enrollees, including social security numbers, to third parties.

It has been widely reported that the website has been an utter failure, and will not be operable until sometime in 2014. So the state has set up a paper application process, hiring 400 new temporary workers to process the applications one at a time. (An amusing aside - Cover Oregon's office only has one fax machine to take inbound applications, prompting its own parody Twitter account.)

SWEET HOME, OR--After recent reports of security problems with Cover Oregon application forms, at least one frustrated applicant is concerned his personal information might be compromised.

The Cover Oregon application process for Sweet Home resident Jeff Goodwin has been anything but a treat.

"'Frustrated' I think is the word [I would use], because this is something that my family needs," said Goodwin, a father of four. The way he sees it, the health of his family is in jeopardy.

That was early November, and then last week Goodwin received a phone call from a person claiming to be with the Department of Health Services.

"They started asking me for confidential information and that made me really nervous," Goodwin said. "I have no way of knowing if this person is from DHS. It could be anyone calling me."

He refused to give his information out. Goodwin worried his identity might be compromised much like three others in Oregon who enrolled in Cover Oregon only to have their personal information mailed out to total strangers.

One woman in Salem was reportedly sent the personal information of two other applicants:

PORTLAND, Ore. (KOIN) - Cover Oregon confirmed to KOIN 6 News private information from other people -- including birthdays and Social Security numbers -- were given to applicants who were asked to provide more clarification on their income.

On Friday, KOIN 6 News profiled the experience of Valarie Henderson of Salem. She received personal information from Cover Oregon of two people she didn't know.

Officials said in the other instances, a customer service rep picked up pages from the same printer not realizing other people's pages were in the pile. They said they will immediately contact the affected customers and rectify any compromised information.

An embarrassed Governor John Kitzhaber (D-Roseburg) was forced to make a statement before the Thanksgiving Holiday, in an attempt to reassure Oregonians that they are on the case.

Among the immediate changes to be made, workers will no longer send back partially filled out applications. Instead, they will send blank forms requesting any missing information. They will also seal envelopes before they go to the mail room so that forms don't accidentally fall out.

That's right, your personal information was apparently just floating around the office willy nilly. Hard to believe, certainly, given the diligence with which the temps were hired to process all the applications.

Anyway, Gov. Kitzhaber is on the case:

"We have 30,000 applications that we are processing. Out of those there were three security breaches," said Kitzhaber when questioned by KGW. "Which is three too many. Friday we fundamentally changed that process."

The Gov said going forward one person would be in charge of overseeing the paper application process and would oversee resources and personnel at both the Oregon Health Authority and Cover Oregon.

So, 3 security breeches out of 30,000 applicants is not a bad ratio, but one guy to supervise 400 temps is a solution? Time will tell.

If you're in Oregon, do yourself a favor - don't apply. Seriously. People are hurting right now as their health coverage is canceled under Obamacare, but how much worse will they be hurt if identity thieves get ahold of their info?

Talk about adding insult to injury.

"bi-partisan?" Hardly. There are no conservative Republicans holding office in Oregon. I would also disagree with the "28 million" in marketing. Seeing their offensive ads wasting our tax money during every commercial break on every local channel, with incomprehensible billboards blanketing every free space infuriates every Oregonian that is also an American (which is only about 60% of the permanent residents in Eugene and Portland, which explains why they have to bus in illegal aliens, elderly residents, and liberals from California to falsely elect Dems to power here.)