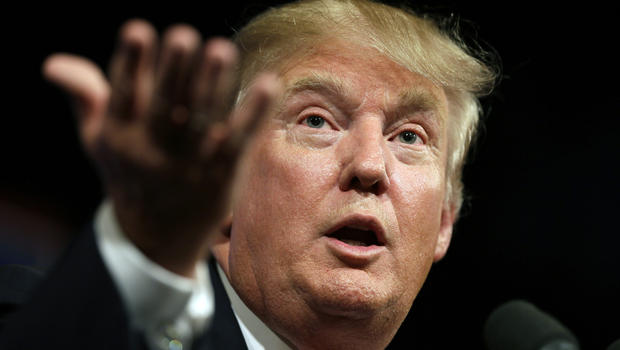 "The departments of Commerce and Energy would see major reductions in funding, with programs under their jurisdiction either being eliminated or transferred to other agencies. The departments of Transportation, Justice and State would see significant cuts and program eliminations," The Hill noted Thursday. "The Corporation for Public Broadcasting would be privatized, while the National Endowment for the Arts and National Endowment for the Humanities would be eliminated entirely."

Really, this is good news. Any reductions in federal spending should be welcomed. But, as The Hill further explained, "It’s not clear whether Trump’s first budget will include reforms to Social Security or Medicare, two major drivers of the federal deficit." To achieve what amounts to an average of more than $1 trillion in spending cuts annually, entitlements would have to be included. It's also unclear how much of the spending reductions would be used as "pay-fors" to boost defense spending.

Federal spending is broken down into three categories: The same is true over the ten-year budget window. If all non-defense discretionary spending was completely eliminated, the federal government would see budget surpluses in FY 2017 and FY 2018. Beginning in FY 2019 and through FY 2026, the federal government would begin to see budget deficits. Over the ten-year budget window, if the $6.497 trillion in non-defense discretionary spending was eliminated, $2.073 trillion would be added the budget deficit.

Mandatory spending, specifically entitlements, will have to be addressed by Congress to seriously address federal spending. Any pledges or blueprints that only address non-defense discretionary spending aren't seriously addressing the fiscal problems that face the United States. While this blueprint from the Trump administration is a good start, more detail on how it will deal with entitlements is needed.

President Trump's first budget is due Monday, February 6, but it's unlikely he'll meet the deadline.