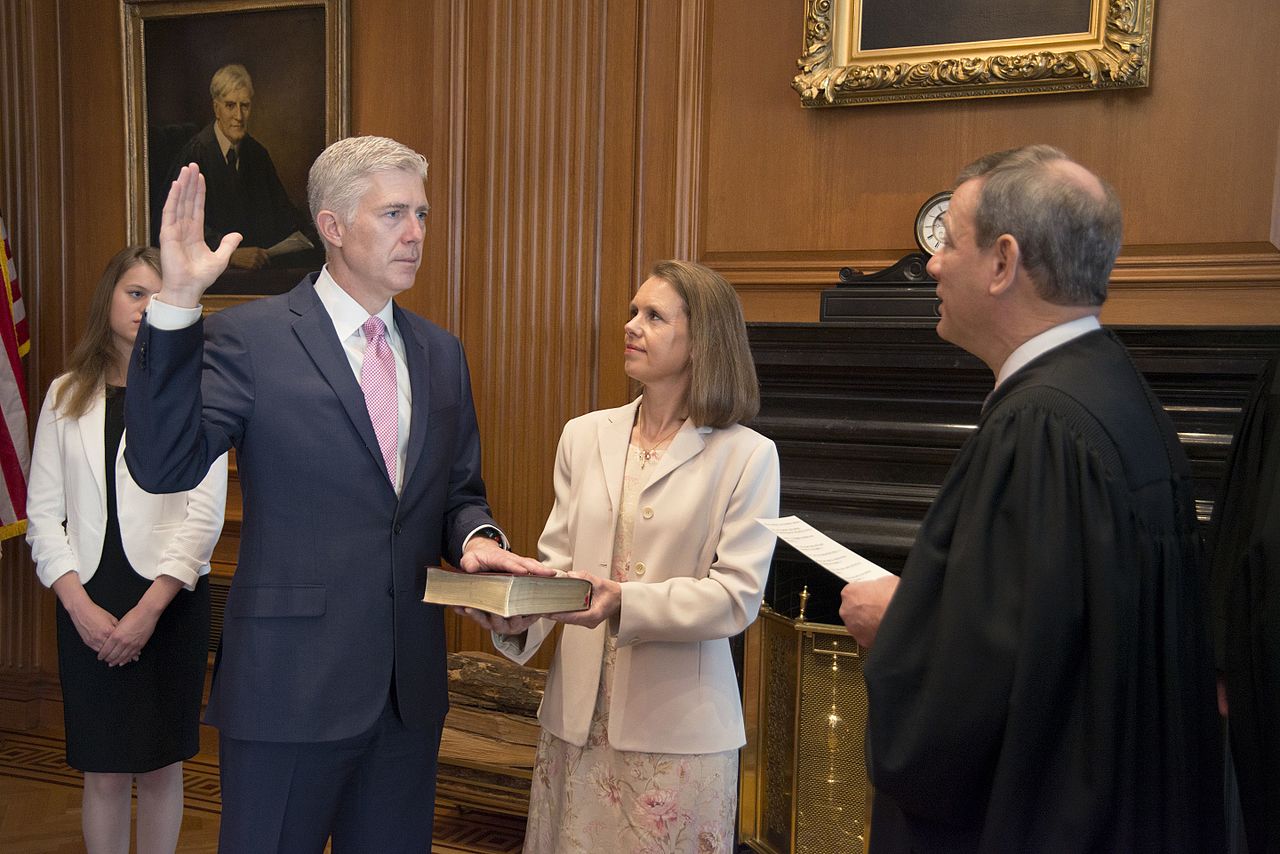 FreedomWorks is proud to announce that its latest Trump Appointee of the Week is Supreme Court Justice Neil Gorsuch. Gorsuch was nominated by President Trump to the highest court in the land on January 31, 2017. He has served there since April 10 of that same year. Prior to that, he served on the U.S. Tenth Circuit Court of Appeals.

There are certainly a number of reasons to be happy about the results of President Trump’s first term in office. However, few will have a more lasting impact than his excellent nominations to the federal judiciary. And, perhaps none more so than his first Supreme Court nomination in Justice Gorsuch.

Gorsuch was a perfect selection to replace the late Justice Antonin Scalia. Gorsuch and Scalia employ the same originalist philosophy when reviewing cases before the Court. Both men held and hold the view that a judge’s personal beliefs should hold no sway over their decision making. This is the type of objectivity we need on our nation’s highest court. For too long, our nation has been harmed by an activist judiciary.

Perhaps the only distinction between Gorsuch and Scalia can be found in Gorsuch’s view of the Chevron deference doctrine. This doctrine holds that, if Congress has been silent or ambiguous on a particular issue, that courts must defer to the interpretation of federal bureaucratic agencies. Naturally, this has allowed the regulatory deep state to run out of control and impose burdensome regulations with relative impunity.

Gorsuch’s strict view of the Constitution leads him to reject this nonsense theory. Sadly, Scalia was one of the justices on the original Chevron opinion. Though, there are substantiated rumors that Scalia had since come to regret that decision later in life. In any event, it is clear Justice Gorsuch does not take his responsibility lightly and will likely become one of the most resolute constitutionalists to sit on the high court.

Justice Gorsuch has also established his constitutional bona fides in standing up for defendants’ rights, especially when it comes to mens rea (or criminal intent). With so many obscure laws on the books, it is very possible for someone to unwittingly become a criminal. Gorsuch’s jurisprudence would ensure that intent is taken into account so we don’t criminalize our whole nation.

Gorsuch also stands firmly in defense of religious liberty and economic freedom for all Americans. He is also a staunch defender of the Tenth Amendment, believing rightly that the Constitution explicitly leaves a bulk of its authority to state governments, not an over-bloated national one.

It is for these reasons and many more that we are excited to name Justice Neil Gorsuch as our latest Trump Appointee of the Month. And, we hope that we will be able to bestow this honor to more judges like him in the future.