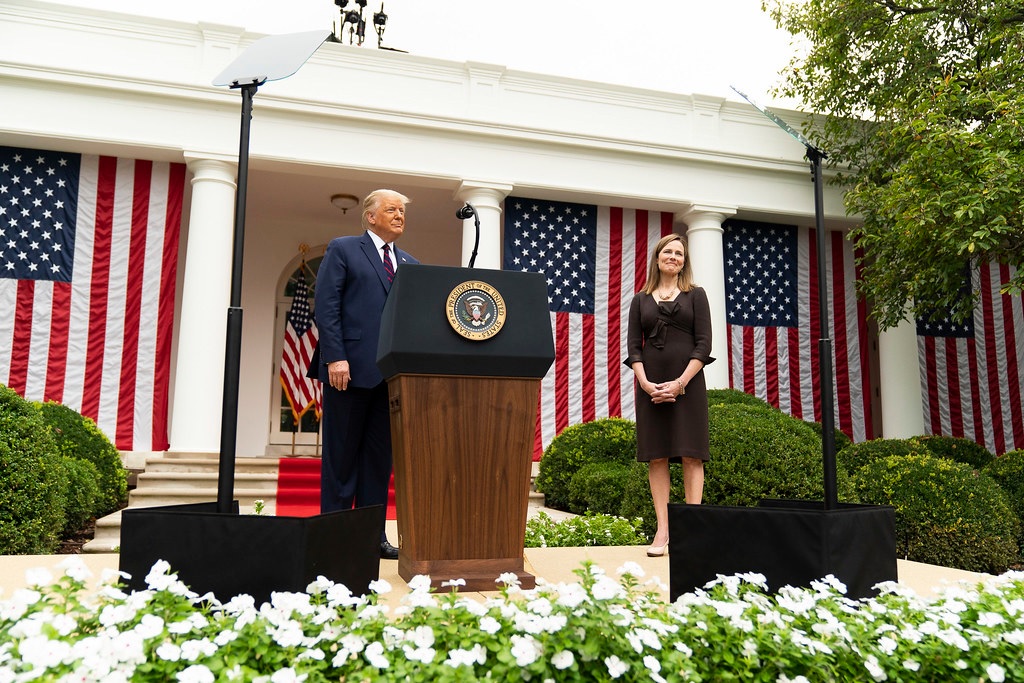 FreedomWorks is proud to announce that its final Trump Appointee of the Week before the election is none other than Supreme Court Justice Amy Coney Barrett. Justice Barrett, a graduate of Notre Dame Law School, was nominated by President Trump to be a justice on the Seventh Circuit Court of Appeals in May 2017. She was confirmed in October of that year by a 55-43 vote.

Following the death of longtime Supreme Court Justice Ruth Bader Ginsburg, Justice Barrett was nominated by President Trump to fill that vacant seat. On Monday, October 26, Barrett was confirmed to the Supreme Court by a 52-48 vote, where she became the fifth woman to ever hold a seat on the nation’s highest court.

Before being nominated to the judiciary herself, Justice Barrett clerked for the late Justice Antonin Scalia. During such a time, she picked up many of Justice Scalia’s principles, including his constitutional originalism. Succinctly, Justice Barrett believes a judge must ask one simple question before deciding a case, “What would a reasonable person living at the time of ratification have understood these words to mean?"

This is the proper way for any judge to look at the issue. Judges are not lawmakers. Many of the problems America is currently facing are due to judges who fashion themselves political activists or even legislators. Justice Barrett is no such judge. During her circuit court confirmation hearing, Barrett stressed that she did not believe it was “lawful for a judge to impose personal opinions, from whatever source they derive, upon the law,” and she pledged that her views on “any other question will have no bearing on the discharge of [her] duties as a judge.”

Equally impressive was Barrett’s calm, collected demeanor at her confirmation hearings for this latest nomination. Recognizing her principles, Barrett refused to commit to deciding one way or another on certain cases that may come before the court. It is precisely because she is not an activist that she maintains neutrality in the absence of actual facts. Her first loyalty is to the Constitution, not an ideology. This is how all judges should approach the bench.

With so much uncertainty facing America’s future, it is vitally important to have another constitutionalist on the highest court. We applaud President Trump and Majority Leader McConnell for delivering this confirmation for the American people. We could not be more proud to name Justice Barrett as our Trump Appointee of the Week.