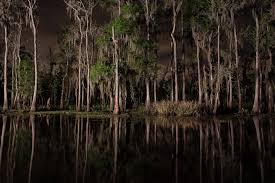 On Tuesday, February 28, President Donald Trump ordered the EPA to review the “Waters of the United States” rule, which is the first step in an upcoming push to eliminate it completely. The rule had always been controversial since it was enacted as it greatly expanded EPA control of wetlands and bodies of water in an attempt to “define” the bodies of water the agency has power over under the Clean Water Act.

In usual Trump style, he derided the bill, saying, "It was a massive power grab. Regulations and permits started treating our wonderful small farmers and small businesses as if they were a major industrial polluter. They treated them horribly." Unsurprisingly, the economic impact on small business, has been a major talking point as the expansion of authority put many projects by businesses, farmers, property developers, and just about everything else that could even minorly impact the water subject to federal regulation. President Trump made the correct call as the new regulations would greatly delay projects and make them more costly which would lead to decreased employment, higher prices, and stunt overall economic growth.

To properly explain what is going on with the Trump’s order, I will start by explaining the rule itself. In 1972, the United States Congress passed the Clean Water Act. This gave the EPA the authority to regulate pollution into “Navigable Waters.” Unfortunately, the definition of “Navigable Waters” was not clearly defined for enforcement and as a result could lead to legal questions about where the EPA’s authority was.

The new rule was supposed to clarify what it meant, but the result was that many, many more waters came under the EPA’s jurisdiction and as a result “brought nearly half of Alaska and a total area in the lower 48 states equivalent to the size of California under the CWA’s jurisdiction.” Unsurprisingly, the potential economic impact is massive.

With expanding the definition of what the government has power over comes the inevitable expansion of regulation. Under the new regulations, just about any organization, individual, business, etc. will have to receive the approval of the U.S. Army of Corps of Engineers in order to do any action that could impact water areas (including those that are already on land owned by them).

Obtaining a permit can cost up to tens of thousands of dollars and take years to get final approval so the result will be increased prices to those seeking to do a project on water areas and will slow down expansion for the businesses and industries involved (which can be traded off in higher prices for the consumer and fewer job opportunities for the unemployed). Beyond that, it sets up regulations for those using wet areas, including permitting for discharges in waters of the United States, Spill Protection Requirements, Water Quality Standards, Anti-backsliding provisions, and citizen suit provisions. The result will be higher business costs which will pay off into higher prices for the consumer.

Beyond that, the constitutionality of the law has already been called into question. In 2015, then Governor of Indiana Mike Pence (now Vice President) said, “The Environmental Protection Agency has stretched beyond its authority under federal law, and they must be held accountable." Since then, at least 32 states have moved to sue the EPA over the rule while Congress debated scrapping the rule entirely.

The Court of Appeals for the Sixth Circuit, meanwhile, blocked the rule from being implemented nationwide because it find the rule to be “at odds” with a US Supreme Court ruling. The current EPA administrator meanwhile attacked it as a “power grab,” so it has fallen out of favor among various politicians. Overall, it looks like the new regulations have been looked upon as outside of the bounds of government and have had their legitimacy questioned.

Inevitably, it looks like the new rule is about to be scrapped. This seems to be in tune with Trump wanting to scrub out various parts of the previous administration, including rolling back Dodd-Frank and eliminating the social security gun ban. In particular, though, this specific regulation repeal would be of great benefit to the US as it will prevent a greater expansion of power by the EPA and prevent increased costs on job creators.

Further regulatory reform is likely needed, but this is a fantastic step in the right direction. For now, this rule’s elimination will be of economic benefit to the US and to farmers, job creators, and many others nationwide.