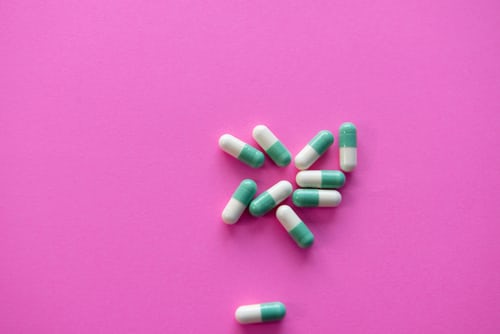 There’s no secret that President Trump’s strength comes from the grassroots. The conservative grassroots are some of the Trump administration’s strongest supporters — they are the base.

This past year, these folks showed up on a freezing day in January to tell Congress (and The Washington Post) to end the impeachment sham. They succeeded. When Mr. Trump’s deregulatory efforts fast-tracked the economy to historic highs, they celebrated. When he called for more freedom for families through school choice, they proudly defended his position. After years of watching politicians place the interests of foreign nations over the interests of U.S. citizens, our activists were proud to see Mr. Trump make good on his “America First” promise. They want to see him win this November.

But the president’s newest orders on drug price controls don’t sit so well with the grassroots base. One of the order’s biggest red flags is the International Pricing Index (IPI) and its “most-favored-nation” clause. This provision would order health care officials to link Medicare Part B drug costs to lower costs abroad.

Important to note too is that the opposition to IPI increases when the benchmark for price controls comes from a nation with socialized health care. In a recent poll of the FreedomWorks activist community, 70% agree that looking to socialist nations as a guide for price controls would be bad policy. A further 50% of those surveyed do not support a price control system in which prices are based on those in foreign countries.

The grassroots are right to be concerned about tying health care in America to socialist countries. American pharmaceutical companies develop some of the most effective drugs in the world. These companies also shoulder a disproportionate weight of global drug development, investing far more time and money into production here than in the countries with which the Trump administration so desperately wants to emulate. Why stoop to implementing the socialist policies of countries whose health care systems have done much less to eradicate illness?

If we base our health care standards on socialist nations, we risk discouraging drug production and medical innovation at home — and that is exactly what the GOP base wants to avoid. Fifty-eight percent of survey participants would reject price controls if implementing them meant a reduction in drug research and development at home.

Still, 80% of those surveyed think that drug prices are too high and want this to change. But if instituting price controls is all that it would take to lower drug prices, would anyone really be opposed to them?

We all wish it could be that easy. But in practice, the only thing that Mr. Trump’s executive orders really promise to do is disrupt the medical supply chain, keep drug companies far away from America and cause a delay in care for our nation’s most vulnerable. With a policy of controlling drug prices, Americans will be worse off than we were before.

Mr. Trump should know that price controls are not a winning issue. They limit the freedom of insurers and drugmakers, and intrude on what should be private matters. They alienate the conservative base that has championed his previous policy efforts. And perhaps worst of all, drug price controls go against Mr. Trump’s America first attitude and promise that America will never become a socialist nation.

Before the pandemic hit, the United States economy was in its prime. Why not focus on free market health care policies that work in tandem to lower drug prices and help get our economy back on track?

For one, the government could appoint a trade negotiator who would encourage other nations to ease their own price control rules. The government could also fix the broken drug-patent system and loosen FDA regulations in an attempt to drive competition. America wins when we empower our brightest minds to innovate and keep the government from breathing down their necks. If one good thing came out of federal lockdowns, it is a frightening reminder of what can happen when we relinquish control of the world’s most dynamic and prosperous economy to the whims of power-hungry, out-of-touch bureaucrats.

If President Trump cares about the health of U.S. citizens, economic rebound and his chances for victory in November, he would be wise to ditch these messy price control orders. Mr. President, the grassroots are here for you, but we cannot afford socialism in America.

Noah Wall is an executive vice resident at FreedomWorks.

President Biden nominated Judge Ketanji Brown Jackson of the D.C. Circuit to replace Justice Stephen Breyer on the Supreme Court. This is the fourth post on her nomination. It provides an analysis of the originalist and textualist records of President Trump's Supreme Court nominees. The next and final post will detail Judge Jackson's confirmation hearing, and compare her answers and record with President Trump's nominees. The first post detailed who Judge Jackson is and what President Biden wants in a Supreme Court nominee. The second post examined and critiqued her opinion in Committee on the Judiciary v. McGahn (D.D.C. 2019) where she held the House Judiciary Committee's subpoena of former White House Counsel Don McGahn was enforceable in federal court. The third post provided 25 questions for Senators to ask Judge Jackson at her confirmation hearing.