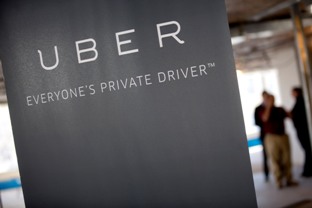 Since its inception, the popular ride sharing service Uber has been struggling against the burdensome set of regulations governing taxi services. In essence, government enforces a taxi monopoly by making it ridiculously expensive for anyone to break into the industry. This limits the supply of taxis while keeping prices nice and high for incumbents. Everyone was happy except the people who had to put up with poor service, long wait times, and high prices.

But Uber was going to change all that.

By branding itself as “ride sharing” rather than a taxi service, Uber was able to duck regulations and offer a superior product at a lower price which, along with the convenience of being able to summon a car in mere minutes via smartphone, was set to make all of consumers transportation headaches a thing of the past.

For a while, Uber held its ground against the taxi lobby and the meddlesome regulators who serve them. In Virginia, grassroots pressure was enough to get a ban on Uber lifted after an amazingly short span of time. Other services, like Lyft, sprung up to compete with Uber, ensuring that quality remained high and prices remained low. But with competitive pressure mounting, the incentives to turn to government with special pleading steadily increased.

Recently, Uber sent out a “thank you” email to its users in Washington, DC for helping to new legislation governing ride sharing in general. The letter glowingly boasts that the new law includes:

In other words, new barriers to entry that are easily surmountable by Uber, which has a hefty reserve of capital behind it, but will cripple current competitors, and make it significantly hard for any new companies to enter the ride sharing market.

Now, DC residents will enjoy an alternative to the taxi monopoly that is effectively part of the taxi monopoly, along with all the high costs and bad incentives that led taxis to be unbearable in the first place. Congratulations, indeed, are in order..

It’s not surprising that Uber is celebrating. What company wouldn’t want to hobble their competition using the legal might of government? But this is a completely backwards approach to regulation. What Uber was so successful at demonstrating was that a car service ungoverned by taxi regulations works perfectly fine. Regulators have always justified their rules by appealing to consumer welfare, but Uber served it’s consumers better than the alternatives without such safeguards in place.

The proper response, then, should have been to relax restrictions on taxi companies, not increase them on everyone else.

Sadly, Uber has now adopted the “if you can’t beat ‘em, join ‘em” mindset, and embraced protectionism over free markets. Oh well, it was a good ride while it lasted.

The never ending war on Uber is, well, still not ending! Uber is currently circulating a petition amongst its Boston users in advance of a proposed bill in the Massachusetts state House that would essentially place harsh regulation on Uber and other ridesharing services. The bill proposed by State Rep. Michael Moran and Sen. Linda Dorcena-Forry:

FreedomWorks CEO: Why is Hillary Trying to Destroy the Startup Economy?