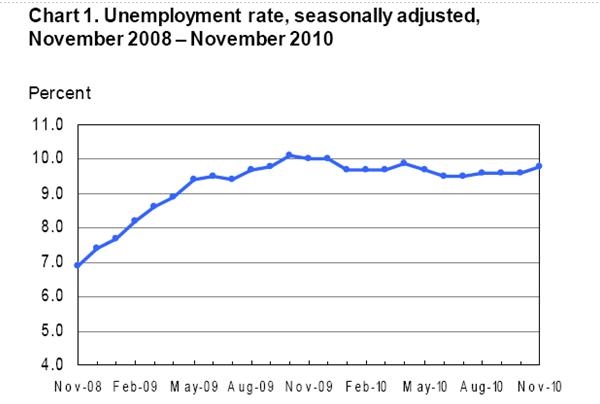 The jobs report is much worse than most economists predicted. As Chief Economist John Silvia says, “employers are still reluctant to commit to full-time hires as they remain uncertain about tax increases, health care costs and new regulations.”

In less than one month, the largest tax hike in the history of the United States is set to occur. Time is running out. This week, all 42 Senate Republicans released a letter to Majority Leader Harry Reid saying that:

We write to inform you that we will not agree to invoke cloture on the motion to proceed to any legislative item until the Senate has acted to fund the government and we have prevented the tax increase that is currently awaiting all American taxpayers.

Preventing the 2011 tax hike must be the main priority. Yesterday, the House passed an extension of the Bush-era tax cuts only for people making less than $200,000 annually ($250,000 for joint filers). In other words, they voted to raise taxes on many job creating small businesses. Following this vote, House Speaker-designate John Boehner released a statement,

Unfortunately, Democratic leaders continue to insist on wasting time with meaningless votes as they try to make it as difficult as possible to stop their job-killing tax hike.  Families and small businesses have had enough of politicians in Washington talking about creating jobs while doing everything in their power to kill more jobs.  This is exactly the kind of Washington game-playing the American people voted against on Election Day.  The lame-duck Congress should do the right thing and vote immediately to cut spending and stop all the tax hikes.

To help lower the unemployment rate, Congress must stop the tax hikes on all Americans as soon as possible. If they fail to do so, job reports in the new year may look even worse.