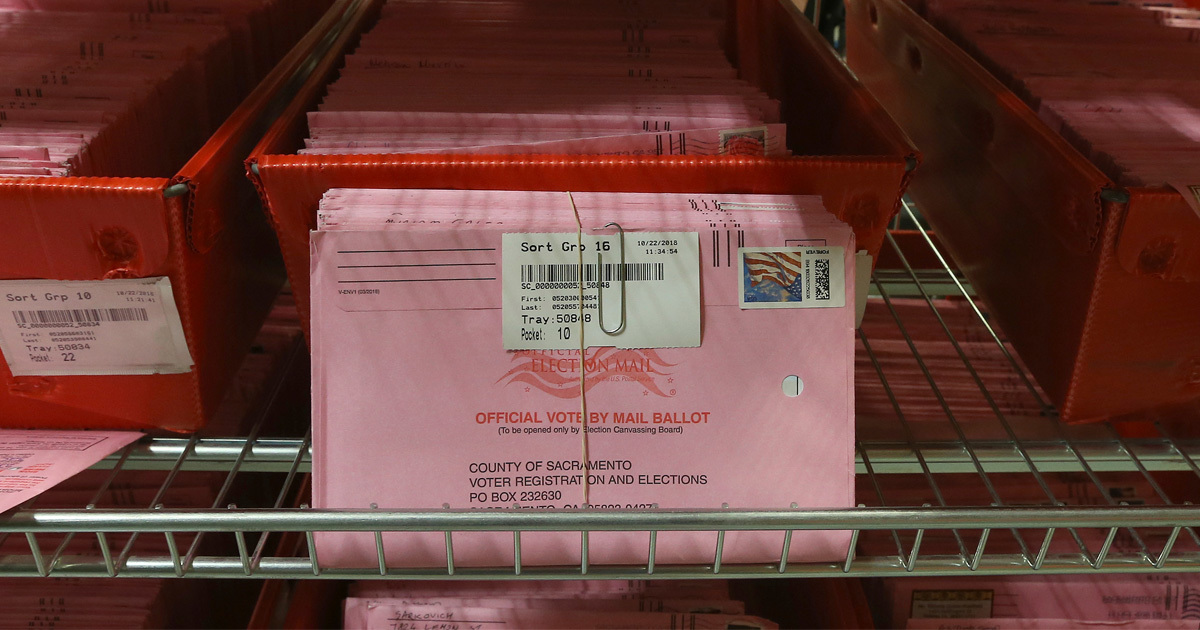 First off, the removal of mailboxes being labeled as sabotage began under the Obama administration. During the last five years of the Obama administration, roughly 14,000 mailboxes were removed in the United States. Reports actually show that because of declining mail volume, there is actually reason to remove more boxes than are currently being removed. This is far from sabotage.

Second, anyone who would “sabotage” the USPS, should save their time. The USPS does quite well at sabotaging itself.

While set up to generate revenue as essentially a government operated company, the USPS has not generated a profit since 2006. This means that the American taxpayer is left footing the bill for the rest. The added strain of having the electoral fate of two branches of government in its hands would likely leave the taxpayer holding the bag once again.

If you’re tempted to think the USPS woes are anything new, you are sorely mistaken. They go back well into the 19th century. In 1844, American political philosopher Lysander Spooner started the American Letter Mail Company (ALMC) to compete with USPS. For years, USPS could not successfully compete with Spooner’s ALMC. They challenged him in court to no avail. They even threatened railroads to cease interaction with ALMC. Ultimately, in 1851, Congress passed legislation that enforced government monopoly.

Long story short, the USPS hasn’t been able to functionally stand on its own two feet for well over 150 years. There’s no reason to expect they will rise to meet this challenge under any circumstances.

Advocates of the universal mail-in approach make much of the fact that there is only a 0.0025 percent rate of fraud for mail-in ballots. That is a relatively miniscule number at first glance. However, if we have universal mail-in balloting and turnout is roughly the same as it was in 2016, that is thousands more fraudulent ballots in an election that could come down to a few thousand votes in just a handful of swing states, not to mention the impact it could have in tight senate and congressional races, much less local elections.

The 0.0025 percent figure also happens to be roughly 60 times higher than the rate of fraud for traditional voting methods. Are advocates of universal mail-in balloting prepared to accept 60 times more fraud? That’s absurd!

Universal mail-in balloting would also multiply the chaos of Bush v. Gore. We remember the confusion surrounding Florida’s hotly contested 2018 senate and gubernatorial elections. Voters waited with diminishing confidence as Broward County took what felt like forever to count mail-in ballots. It took weeks, if not months, to finally count all the mail-in ballots from the California Democratic presidential primary. Election results dragging in over months will actually decrease confidence in the integrity of the election results.

So, no, the USPS is not being sabotaged, it’s just a mess in need of major reform. And, no, universal mail-in balloting is nowhere close to a good idea for conducting this election in the midst of the pandemic. Elected officials need to do everything in their power to ensure a better workaround is found.