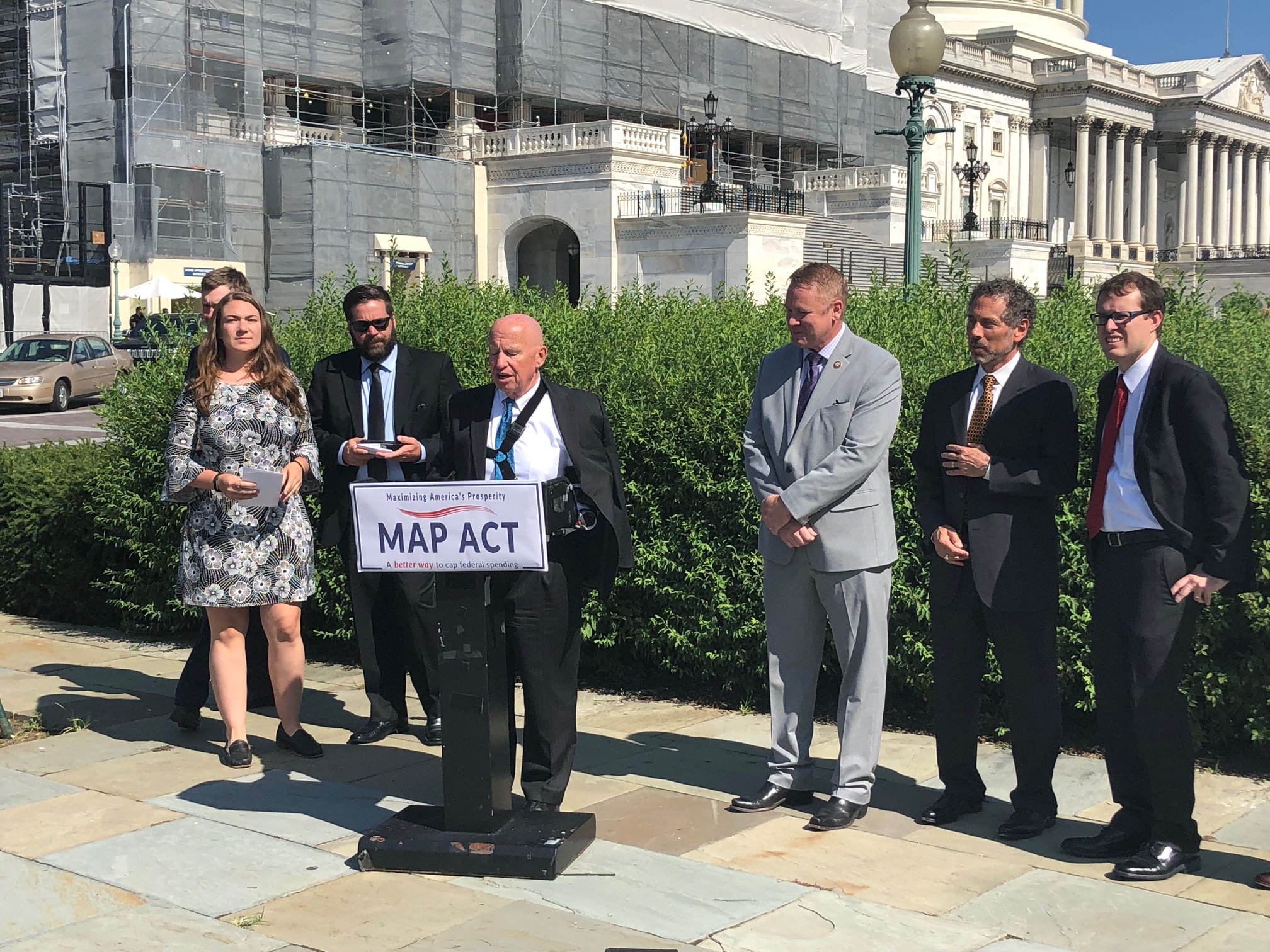 Recently, an editorial by Issues & Insights – "It’s the Spending Stupid" – shows that entitlement programs – healthcare and Social Security are major contributors to America’s debt. “[T]wo-thirds of the entire increase in spending is due to…three items in the budget: health care spending (Medicare, Medicaid, and Obamacare), Social Security, and interest payments on the debt," the editorial notes. “In other words, it’s entitlement spending – and more specifically, health care spending – that is driving up the deficit, not tax cuts.”

Unfortunately, almost every Democrat running for president in 2020 wants "free" Medicare for all. Some want Medicare for illegal aliens. Additionally, many Democrats want free college, to expand other entitlements, and other costly new programs. The problem is that politicians used entitlements to please present-day voters – buying votes – and stick the debt to future generations. This is morally reprehensible and has been conducted by both political parties for too many years

Only a very strong law will restrain the power craving politicians. Fortunately, there is a nascent attempt in Congress as noted by FreedomWorks' Adam Brandon: “Switzerland successfully employed the debt brake in the early 2000s. The Swiss plan caps government spending increases at trendline revenue increase levels. In this way, the government will never grow faster than the private sector — nor should it.”

“Rep. Kevin Brady, R-Texas, and Sen. Mike Braun, R-Ind., have introduced the Maximizing America’s Prosperity (MAP) Act to address the United States’ $22 trillion national debt," he explains. “The Brady-Braun plan is a close variation on the Swiss idea. It caps spending based on potential GDP, an economic statistic that measures sustainable GDP growth over the long term.”

Alas, only a law restricting spending will stop the politician’s constant crave for power at the expense of future generations.

On behalf of FreedomWorks’ activist community, I urge you to contact your representative and ask him or her to vote against waiving budgetary points of order on the Great American Outdoors Act. Originally, FreedomWorks had planned to score in support of amendments offered by Sen. Mike Enzi (R-Wyo.) and Sen. Mike Braun (R-Ind.). The Enzi amendment would have offset the costs of the deferred maintenance backlog provisions of the Great Americans Outdoors Act and the Braun amendment would have prevented unrelated spending increases in the future.