The Unsustainability of SNAP 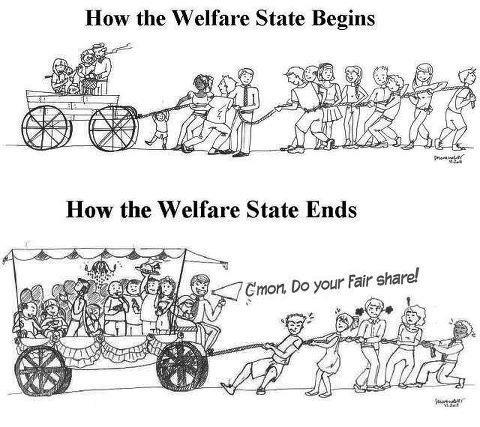 The Supplemental Nutritional Assistance Program (SNAP) program which is within the United States Department of Agriculture (USDA) began originally as a way to supplement food that had been deemed overproduced in the late 1930s. It lasted several years until it was deemed no longer necessary because overproduced goods were being marketed more efficiently while unemployment was decreasing.

During the 1960s, President Kennedy initiated pilot food stamp programs reaching 22 states by 1964, but it no longer required stamps only be used for surplus food. President Johnson signed SNAP into law in 1964 with an estimated 4 million participants and a $360 million federal budget. It quickly grew to 15,000,000 participants by 1974 and now reaches a staggering 42,772,244 participants as of March 2017. This is not sustainable as it has encouraged those using the SNAP program to stay at lower paying jobs to avoid rising above the qualifications for assistance.

Places like Maine have reformed their welfare system to have participants in vocational training, volunteering or working 20 hours a week in order to receive benefits and encourage their advancement out of poverty. Participants have three months to comply or they are cycled off the program.

Maine’s initiatives have seen great success with 16,000 childless adults in the work program in October 2014 to 4,500 by January 2015. People are rising out of poverty and are getting higher paying jobs.

FreedomWorks President Adam Brandon has called on activists to contact their representatives in support of this act. In order to encourage participants who are able to work to get out of poverty we must offer real solutions and opportunities for their advancement; these bills will help many get on their feet through real life experience in the workforce and gaining skills through volunteering.

This program was meant as a temporary relief to help bring Americans out of poverty; continuously expanding participants is not sustainable. We can’t continue to push this off to the next generation.

If we were talking about a nonprofit whose mission was to transition those on SNAP into the workforce and their numbers consistently showed those participating in their programs could not find work; we would be quick to judge that the nonprofit was no longer holding true to their mission. These same standards for a nonprofit should be held to the USDA.

The time is now for real reform; contact your representatives and urge their support of S. 1290 and H.R. 2832.