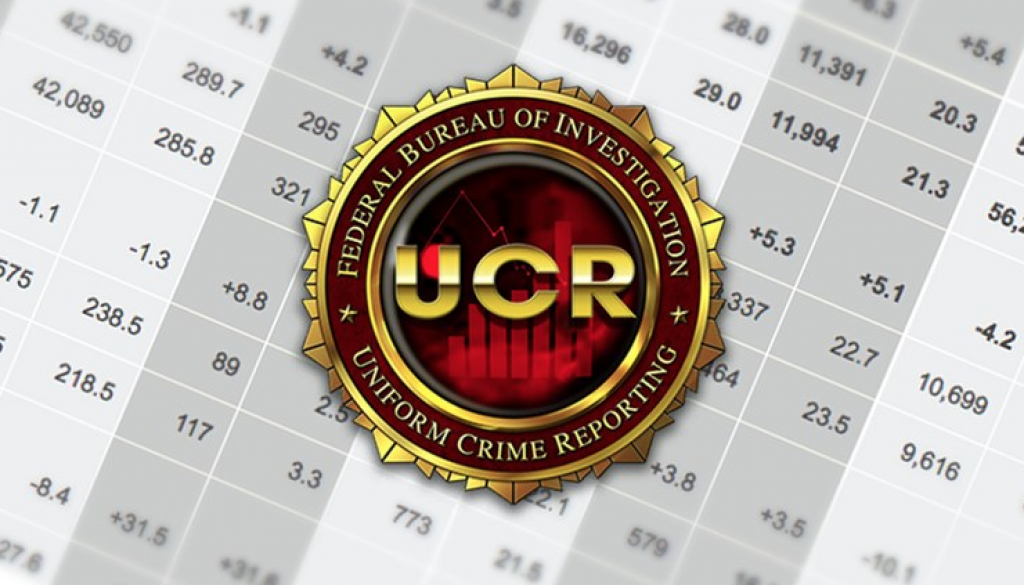 A few years ago, some who were seeking to stop the momentum in Congress for criminal justice reform seized on the increase in violent crime that occurred in 2015 and 2016. The United States had seen the violent crime rate peak in 1991 and subsequently steadily crime decline through 2004. The violent crime rate increased in 2005 and 2006 but was back on a downward trajectory in 2008, continuing to fall through 2014.

The fact is that two or three years of data aren’t necessarily indicative of a trend. Of course, that won’t stop from politicians and commentators who are bought into a 1980s and 1990s mentality of how to handle crime -- usually through long mandatory minimum sentences -- from using the opportunity to double down. As then-Attorney General Jeff Sessions said in August 2017, “After decreasing for nearly 20 years because of the hard but necessary work our country started in the 1980s, violent crime is back with a vengeance.”

The increase in the violent crime rate is still somewhat of a point of debate. Some blame the so-called “Ferguson effect,” which was used to describe the increase in violent crime in urban areas, as well as the animosity toward law enforcement after deadly incidents with African-American men. Others note that local factors confined to certain neighborhoods in some of America’s largest cities may have explained the increase. For example, Chicago, Las Vegas, Louisville, Memphis, Phoenix, and San Antonio accounted for 76 percent of the increase in homicides in 2016.

In June 2007, then-Attorney General Alberto Gonzales explained the two-year increase in violent crime by pointing to local factors. "In general, it doesn't appear that the current data reveal nationwide trends. Rather, they show local increases in certain communities,” he said. “Each community is facing different circumstances, and in many places violent crime continues to decrease." 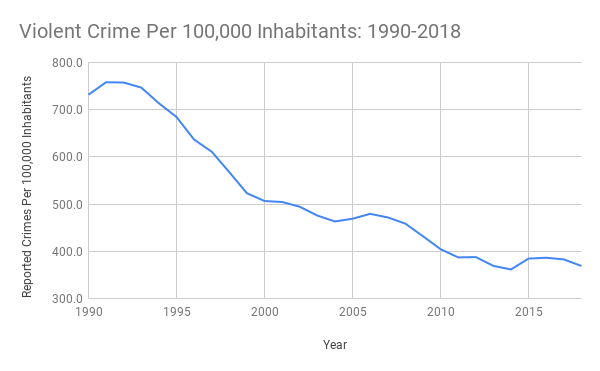 The rates for other measures of crime -- robbery, property, burglary, larceny, and motor vehicle theft -- have been on a downward trajectory for years and appear to have been unaffected by the increase in crime in 2015 and 2016. For example, 2018 saw the property crime rate decline for the 16th consecutive year. In fact, one would have to go back to 1962 to find a lower property crime rate. Similarly, in 2018 robberies were committed at their lowest rate since 1966.

The passage of the First Step Act marked an incredible moment. The landmark law, signed in December 2018 by President Donald Trump, marked a move away from the “tough-on-crime” sentencing and corrections policies of the 1980s and 1990s and toward proven and successful “smart-on-crime” policies. The First Step Act, which focuses primarily on recidivism reduction through programming and modest sentencing reforms, was modeled after the reforms in many states, including Georgia, Mississippi, and South Carolina. 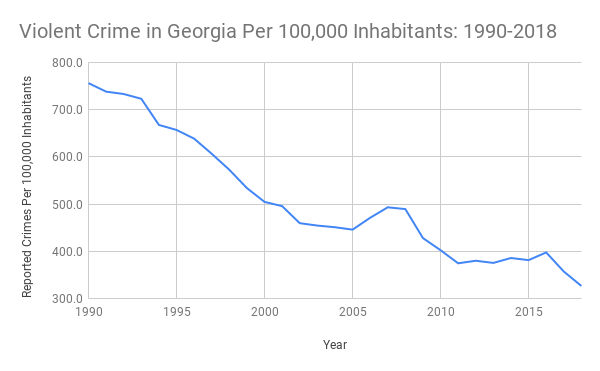 Although the national violent crime rate hasn’t fallen below its 2014 level, the fear-based rhetoric that some tried to use to their advantage after the increases in 2015 and 2016 do not reflect reality. The media, of course, deserves its fair share of scorn as well, with its near-constant focus on violent crime. The fact is, although much work still needs to be done to continue to improve public safety, you’re safer walking down the street today than at any point since 1970.