Is Violent Crime Really on the Rise? 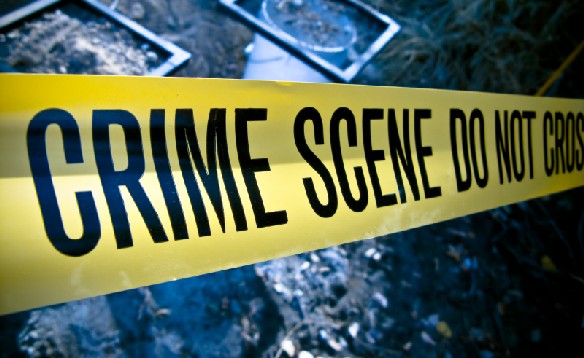 The data say crime is actually at historic lows.

Media reports are stoking fears of a sharp rise in homicides in some cities in the United States. This has been used by some to advance the notion that crime is rising across the country. In fact, violent crime rates are at historic lows, according to the most recently available data, and there is no indication that there is a concerning national trend developing.

From 1993 through 2010, violent crimes dropped significantly. Though some insist that lengthy prison sentences and other "tough on crime" policies were the cause, the drop in violent crime rates is attributed to socio-economic factors, as the Brennan Center for Justice explained in its February 2015 report, What Caused the Crime Decline? "[I]ncreased incarceration has been declining in its effectiveness as a crime control tactic for more than 30 years," the report explained. "Its effect on crime rates since 1990 has been limited, and has been non-existent since 2000."

In May 2013, the Pew Research Center released its findings on the decline of violent crime, of which, they noted at the time, Americans were unaware. "Compared with 1993, the peak of U.S. gun homicides, the firearm homicide rate was 49% lower in 2010, and there were fewer deaths, even though the nation’s population grew," researchers explained. "The victimization rate for other violent crimes with a firearm—assaults, robberies and sex crimes—was 75% lower in 2011 than in 1993. Violent non-fatal crime victimization overall (with or without a firearm) also is down markedly (72%) over two decades."

Similarly, the Department of Justice's Bureau of Justice Statistics found that "[f]irearm-related homicides declined 39%" and "[n]onfatal firearm crimes declined 69%" over the same period. Even while violent crimes were falling, there were consecutive years of statistical anomalies, such as 2005 and 2006, when firearm homicides and nonfatal firearm crimes were up from previous years before falling again. The Federal Bureau of investigation's Crime in the United States 2013 shows that the overall violent crime rate continued to decline in 2012 and 2013. As the chart below shows, the violent crime rate declined by roughly 48 percent between 1994 and 2013. Recent news stories, however, have pointed out that some cities are seeing spikes in violent crime. In August, The New York Times published a story that noted "[m]ore than 30 other cities have also reported increases in violence from a year ago." The cities that have seen these increases include Milwaukee, St. Louis, Baltimore, Chicago, and New York. Interestingly, in Milwaukee, the Times notes, "[t]he most common motive in the slayings was not robbery or gang rivalry but an argument."

Additionally, some have speculated that the rise in homicides corresponds with fatal police shootings. These shootings are, of course, tragic and heartbreaking. It is worth noting, however, that fatal police shootings were actually down by 13 percent as of the beginning of September. The events of the last 15 months or so, including Ferguson and Baltimore, have led to increased national media coverage of these terrible incidents.

But the narrative that has been put forward in the media and subsequently seized upon by candidates and politicians may not be correct. Bruce Frederick of the Vera Institute put the Times reporting into question. "[N]ot all of the increases cited by the Times are statistically reliable; that is, some of them are small increases, or are based on small numbers of cases, such that the observed increases could have occurred by chance alone. Among the 16 top-20 cities for which I found publically available data, only three experienced statistically reliable increases," Frederick explained. "Only one of the top-20 cities included in the Times’ sample, Chicago, experienced an increase that was statistically significant."

There may be fluctuations on a year-by-year basis, but all the data point to a drop in violent crime over the past 20-plus years. Unfortunately, some are trying to use what appears to be a blip on the radar to derail efforts in Congress to reform the justice system, but states that have undertaken these important efforts that focus on reducing recidivism have experienced some of the sharpest declines in crime. Texas, for example, has seen its prison population fall by 12 percent, while the crime has dropped to its lowest point since 1968.

In short, justice reformers have the data on their side, while those who are either trying to derail reform or make crime an issue in their campaigns for public office are mostly fearmongering to a public that has not been fully presented with the truth from the media.

You should read Steven Pinker's book on the decline of violence.

Yeah, because you should get your own copy and not mooch off others. #libertarian #propertyrights

I asked you if I could take it home with me, and you refused, sir.