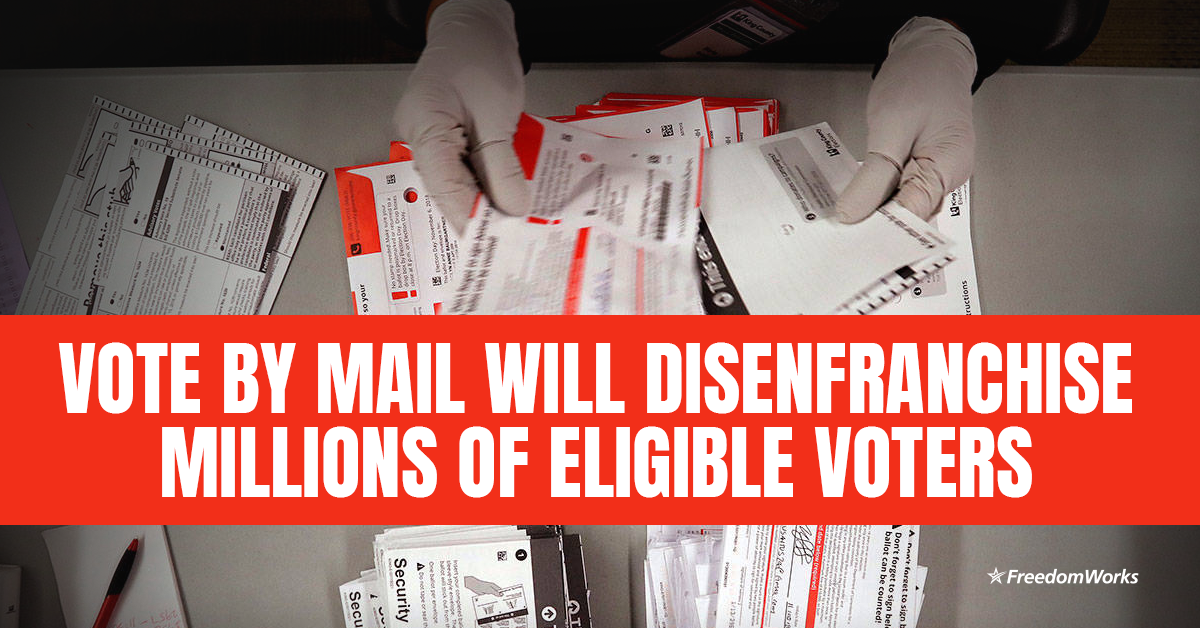 A Massachusetts Institute of Technology study found that in the 2008 presidential election, 3.9 million voters said they requested mail-in ballots that were not received. Additionally, about 800,000 returned ballots were rejected. The reasons were often that the voter did not strictly follow the government rules – the ballots were either postmarked after the election date, had no signature or failed to match voting records. The study concluded, “The pipeline that moves mail ballots between voters and election officials is very leaky.” Obviously, in our traditional vote in-person at a designated precinct location, nearly all of the 800,000 would have been corrected by the precinct volunteers.

Nevada is a recent example of mail-in chaos. This year Nevada decided to do vote-by-mail and sent every registered voter a ballot. Wisely, election officials sent the ballots well before the election date. Also, the same public officials warned the Clark County commissioners that voting rolls were not currently accurate, but the commissioners wanted to institute vote-by-mail.

The Public Interest Legal Foundation (PILF) studied what occurred in Clark County, which includes Las Vegas. Over 223,000 voters did not receive a ballot. That is 17 percent of the ballots mailed. J. Christian Adams, PILF's president and general counsel, commented:

"These numbers show how vote by mail fails. New proponents of mail balloting don’t often understand how it actually works. States like Oregon and Washington spent many years building their mail voting systems and are notably aggressive with voter list maintenance efforts. Pride in their own systems does not somehow transfer across state lines. Nevada, New York, and others are not and will not be ready for November."

"Nevada's voter rolls aren't maintained to the standard required for an all-mail experience like Oregon or Washington," a PILF spokesperson said. "The Nevada governor is foolish to think he can replicate his regional neighbors' years of development and practices with mail voting in a matter of months with a weekend emergency bill."

“Most states have no experience with mail-in voting on this scale and are completely unprepared for what is coming. We are conducting an unprecedented electoral experiment in the midst of one of the most contentious elections in U.S. history. The result could be a post-election battle that will make the hanging chad controversy of Bush v. Gore seem mild by comparison.”