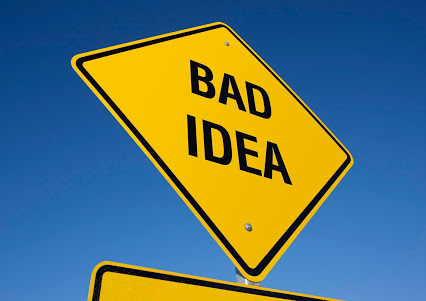 The Obama administration’s proposed budget contains many atrocities; more spending, more taxes, and a hefty dose of expensive and inefficient regulations that will lower Americans’ standard of living. In other words, business as usual. Tearing the budget apart piece by piece would take all day, but I’d like to highlight one particularly foolish proposal that isn’t getting a lot of attention: wage insurance.

The idea behind wage insurance is that, if a worker loses his job and has to take one that pays less, the government will make up part of difference. The Obama proposal calls for up to $10,000 in wage subsidies per worker over two years. The reasoning behind the plan is that recently unemployed workers may be reluctant to reenter the workforce if they are unable to match their previous salary. Unemployment insurance is meant to overcome that reluctance and incentivize people to get back to work. It sounds like a good idea, as long as you don’t think about it for more than one second.

The first error in this policy is one of psychology. Unemployed workers don’t have a choice between their old wage and a new, lower one; they have a choice between no wage and the new one. Furthermore, they know that the government assistance will not last forever. It’s a mistake to assume people are so shortsighted that a temporary wage bump will provide them with enough additional motivation to reenter the workforce, if such motivation didn’t exist already.

This may seem like speculation, but it’s backed up with evidence. Wage insurance is not a new policy, but one that has been tried before in Canada. It didn’t work there, and it won’t work here.

Next there’s the fact, always so easily forgotten by progressives, that this money has to come from somewhere. In order to spend, the government must first tax, print, or borrow, all of which take money out of the economy before clumsily stuffing it back in. It’s madness to think that you can stimulate employment with a proposal that depends on appropriating funds from workers and employers alike.

Third, there is the simple effect of incentives. If employers know that the government will be chipping in part of the pay for their new hires, they will quickly realize that they can get away with paying these people less. Eventually, take home pay will level off at where it was before the subsidy, and workers will experience no benefit from the insurance at all. In this way, Obama’s proposal is self-defeating.

One of this president’s great failings is an inability to understand that you can’t micromanage the labor market through social programs. There are too many moving pieces, too many unintended consequences, and too many perverse incentives at play. The only way for government to really stimulate employment is to get out of the way, by lifting regulations, taxes, and fees, and let the market do its work. Until we elect leaders who understand that, government will always choke off prosperity rather than allowing ti to flourish.