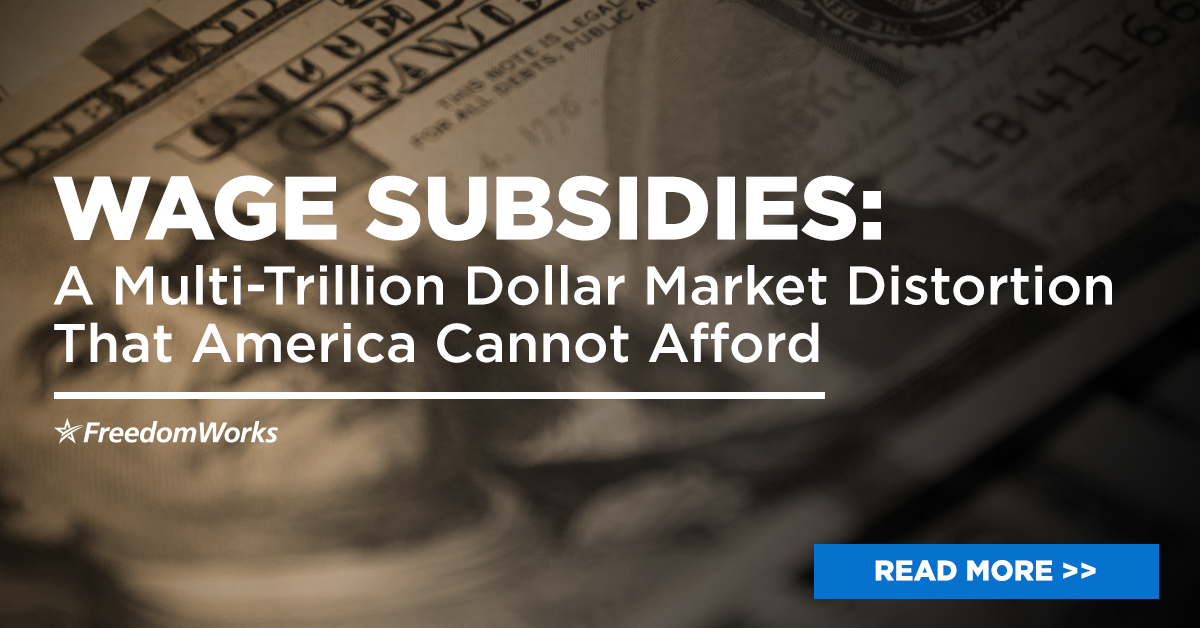 As America enters the recovery stage from the COVID-19 economic lockdowns, one proposal that is picking up steam in both parties is a government wage subsidy to private businesses so that taxpayers pick up some or all of the tab for private sector payroll costs. Democrats have proposed a plan where the government would subsidize up to 100 percent of wages for rehiring workers up to the median salary in the United States (about $45,000 to $50,000 a year). Sen. Josh Hawley (R-Mo.) has a plan that would offer up to 80 percent of wage subsidies up to the median salary.

This plan is well-intentioned in that it seeks to spur rehiring during the recovery at a time when some 30 million Americans are unemployed. But it is severely flawed and would cause very negative effects on the economy. First, we estimate that the cost to taxpayers of such a plan could be between $1 trillion and $2 trillion at a time when the federal government has already spent more than $3 trillion in jobless benefits and business subsidies to keep workers on the payroll.

Second, an 80 percent taxpayer subsidy for payrolls would distort hiring patterns by detaching worker pay from worker productivity. This would undermine the very nature of a productive economy and encourage employers to hire workers for “make work” projects with small benefits to a firm’s productive capacity in order to take advantage of the taxpayer subsidies.

Third, government spending programs like this have to be paid for (now or later) with higher taxes. Democrats have already made it known that they intend to raise income tax rates to above 50 percent to pay for COVID-19 spending and to impose a wealth tax. These tax hikes would have far more negative consequences for the economy than any short-term benefit from a wage subsidy.

A far better solution to jumpstart hiring and to encourage getting Americans back to work is to repeal the payroll tax for the rest of 2020, which would reduce payroll costs for employers by 7.5 percent and increase wages for all workers with an income of less than $130,000 a year by 7.5 percent. This would be the best possible road to reemployment for the 30 million Americans who have lost their jobs since March and at no cost to taxpayers.