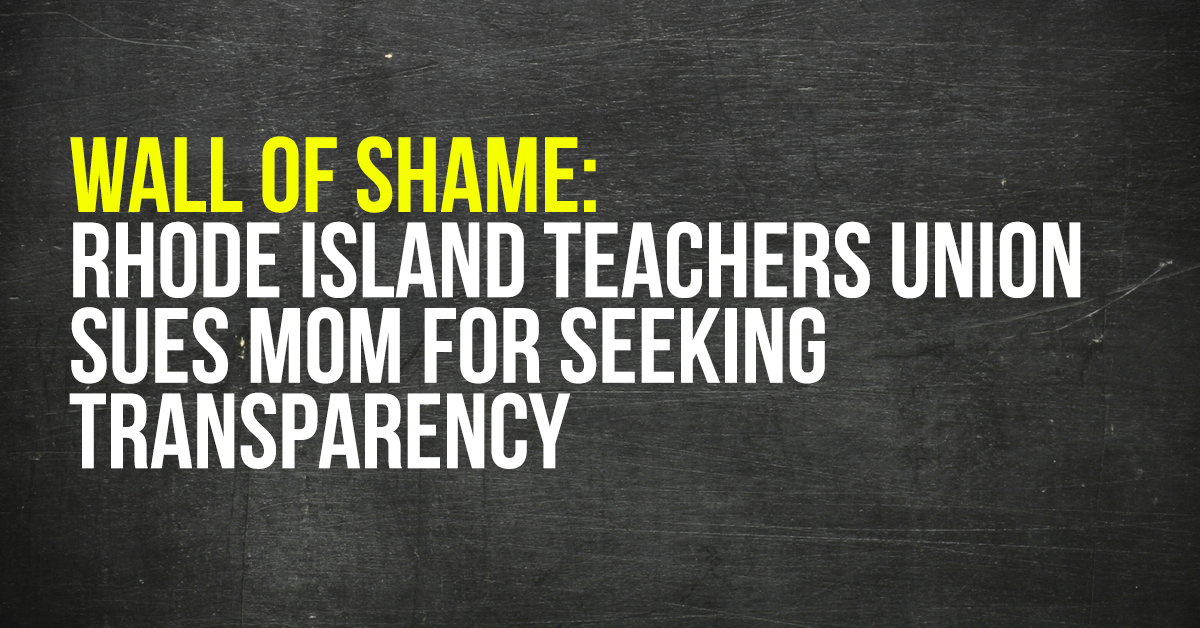 Earlier this month, a Rhode Island mother was sued by the nation’s largest teachers union for asking questions about her daughter’s education. In an effort to prevent parents from seeing what their children are learning in the classroom, the National Education Association (NEA) sued Mrs. Nicole Solas, whose daughter is entering kindergarten this fall.

Mrs. Solas was concerned that critical race theory (CRT), a radical ideology embraced by leftist school boards and educators around the country, had infiltrated the curriculum of her daughter’s school. So she did what any concerned parent would do, and filed a public records request to see exactly what her daughter would be taught at school.

Mrs. Solas wanted to know what qualified instructors to teach lessons centered around CRT, how those lessons were being taught, and whether concepts like “inequity,” “systemic racism,” and other pseudo-academic terms were being promulgated in the classroom. Because Mrs. Solas wanted transparency, the NEA filed a lawsuit against her.

As a parent, Mrs. Solas has the right to see the content being taught to her child. Every parent should be given access to the curriculum used in their child’s school, but teacher’s unions and their leftist allies have stonewalled at every turn. The fact that the NEA is now going even further by actively harassing and intimidating a parent who dared to ask questions is unconscionable.

The NEA isn’t alone in their quest to stop parents from having any control over what goes on in the classroom. Last month, the American Federation of Teachers (AFT) created a legal slush fund to defend teachers who defy state laws by indoctrinating their students with CRT.

It’s clear parents have had enough of the teachers unions’ shenanigans. That’s why school choice should be embraced all across the nation. Legislators need to recognize the right of parents to choose the school best for their child, regardless of their zip code or income level.

Support for this has only grown over the past year. During the COVID-19 pandemic, millions of parents who once believed school districts had their child’s best interests at heart found out that this wasn’t the case. Draconian lockdowns, mask and vaccination mandates, and anti-American CRT rhetoric in schools has pushed the debate over parental rights in education to the forefront of our political discourse.

Parents must also step up and reclaim our right to oversee public school education. By running for school board and winning one seat at a time, we will slowly but surely be able to reshape the system and give parents like Mrs. Solas the transparency they deserve.

As for teachers, every educator who remains loyal to these unions is sending a clear message to parents. It’s disgraceful for any teacher to support denying parents the right to see how their children are being educated. That’s why teachers must stop subsidizing these unions and send a clear message that they won’t partake in the brainwashing of kids with poisonous ideologies like CRT.

Parents must no longer be in the dark about what’s happening in their child’s classrooms. If parents and educators work together, we can make sure that parents -- not teachers unions -- have control over the education of students.