The War on Students? 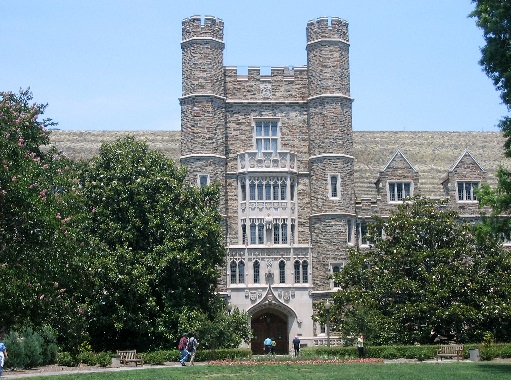 “Higher education is still the best ticket to upward mobility in America,” President Obama said last year. “And if we don’t do something about keeping it within reach, it will create problems for economic mobility for generations to come.”

It is a common refrain from political leaders that it is necessary for students to pursue a college education. The cost of that education comes at rising cost, with graduates of the 2012 class holding an average of $29,400 in student loan debt.

Yet even as President Obama implores Americans to pursue that debt for the sake of “mobility,” graduates find themselves increasingly unable to find jobs in Obama’s economy.

The unemployment rate for Americans aged 18-34 has consistently remained around 16 percent for the duration of Obama’s administration, while wages for graduates 21-24 “dropped 7.6 percent (9.4 percent for men and 6.6 percent for women)" between 2007-12” according to a report issued by the Economic Policy Institute.

High school students have been continuously told by their political leaders that higher education is the key to success. As a result, 33.5 percent of Americans aged 25 to 29 held a bachelor’s degree as of 2012. That was up from 24.7 percent in the same demographic in 1995, and 21.9 percent in 1975.

What has caused the spike in cost? It has been mainly two factors. One is the increase in demand. The second is the federal government’s willingness to subsidize higher education at any price its administrators demand, no matter how high. Veronique de Rugy of the Mercatus Center and Neal McCluskey of the Cato Institute have produced some substantive analysis on the effect that tuition subsidies have on the cost of education. Writes Neal McCluskey:

The very tuition aid that politicians like President Obama say is supposed to help students has had the opposite effect by forcing tuition costs to rise and forcing Americans to take on increasingly overwhelming loans.

In spite of the fact that so many students are obtaining college degrees, their participation in the economy has continued to suffer. For instance, according to a survey released by Rutgers University, only 51 percent of those who graduated from college in 2006 and after held jobs in 2012.

Another feature of this crisis is that it harms young women in particular. Women disproportionately earn more advanced degrees than men, taking 56.7 percent of bachelor’s degrees in 2013 and 59.9 percent of all master’s degrees.

When it broke that Duke undergraduate Miriam Weeks had resorted to pornography to pay for her $200,000 tuition, some outlets questioned whether tuition costs were becoming unreasonable. Weeks echoed the sentiment that the debt was unsustainable: “We need to stop looking at loans as a solution to fix our education system, because they're crippling our economy.”

Some will argue that everyone should have equal access to education and the ability to pursue their dreams. The problem is that advanced degrees aren’t always the way to make that happen. Increasingly, the debt that higher education shackles to its students represents a barrier to their dreams.

Instead of encouraging students to pursue higher education, institutions of education might consider encouraging students to learn specific trades. Because students have been steered away from trade professions for decades, there are shortages that translate into lucrative opportunities. The American Welding Society, for one, estimates that by 2020 there will be a shortage of 290,000 welding inspectors, engineers, and teachers. Those entering the profession can hope for salaries of well in to a six figure range.

Americans are being misled by leaders like President Obama who want them to believe that becoming debtors to the federal government will make them successful. With no jobs and an overabundance of students who all have the same degrees, Obama’s suggested path will do little more than keep Americans broke and unemployed.

Its amazing that no one made a comment here. But instead stayed silent !
There are many students who are unable to pay back the debt. People its not a war on students, its a war on children and a war on education as a whole. Can you see the trail? Can you truly see the money trail? Can you see what the new "common core" criteria really does to education as a "valued" resource? If you answer no, then you need to educate yourself for your child's sake, or your relatives sake !