Washington Can Afford No More Spending for Coronavirus Relief 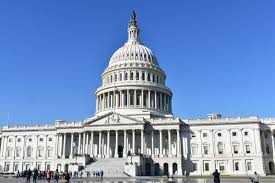 Congress may be out of session this week, but when lawmakers return, we all know they will get back to their favorite pastime of spending taxpayer dollars. The phase four coronavirus relief bill, which will almost certainly be in the ballpark of $1 trillion or more, is inevitable. In addition to increasing the deficit, lawmakers, particularly Democrats, are willing to incentivize Americans to stay far more than six feet away from the economy.

The Cares Act provided enhanced federal unemployment benefits of $600 a week for up to four months. These enhanced unemployment benefits, which expire in two weeks, have had an adverse impact because, in many instances, individuals are receiving more money on unemployment insurance than they can earn working. This is especially true of service industry and retail jobs.

Democrats are pushing to extend the federal unemployment benefits. In their $3 trillion Heroes Act that was rammed through the House in the spring, Democrats included an extension of the enhanced unemployment benefits through the end of the year. Not only would extending these benefits drive up the deficit of more than $2 trillion, but it would also deal a serious blow to small businesses that may need workers as they struggle to pick up the pieces from the lockdowns that sent the economy in a tailspin.

Paying workers more to stay home instead of return to work is a surefire way to cause thousands of small businesses, a cornerstone of the economy across the country, to go under. Some predict that as much as 40 percent of small businesses will never reopen thanks to the lockdowns in the spring. That portion is even higher for businesses owned by minorities who, until the pandemic, were more successful than at any other time in our history.

States already provide unemployment benefits. The economy cannot afford a blanket extension of such benefits while many areas of the country can safely start to reopen. At least Republicans have the right idea with a payroll tax cut. Small businesses need to be able to pay their employees, and a payroll tax cut would also incentivize hiring. We need a payroll tax cut that makes it easier for the economy to get back on its feet.

Unfortunately, Democrats continue to play politics with not only the coronavirus but the economy as a whole. Democrats know their chances of taking the White House and the Senate hinge on the state of the economy. If this downturn is the new normal, as many left wing talking heads seem to want to be the case, an extension of unemployment benefits is a stepping stone on the path toward universal basic income.

Why return to work if the federal government pays you more to stay home even after a coronavirus vaccine is available? Will Republicans be able to halt efforts by Democrats to extend unemployment benefits and move toward universal basic income?

In order to get the country moving again, we need to stop incentivizing the labor force to stay home. Small businesses deserve the support they need to safely and responsibly reopen. This starts with no more spending in the next coronavirus relief bill.

Adam Brandon is president of the nonprofit organization FreedomWorks.