We Owe Americans an End to Perpetual Wars 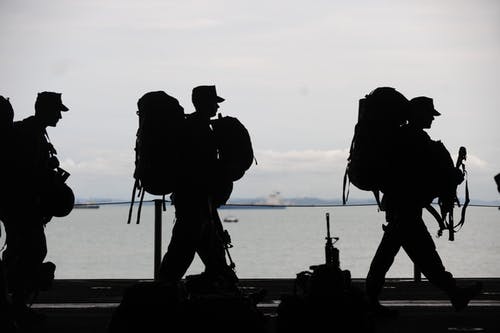 The recent news that President Trump has ordered a reduction of U.S. military forces in Afghanistan is one that should be greeted with open arms by Americans. The action taken by the White House should bring a debate to reexamine the existing authorizations for the use of military force in Afghanistan and Iraq.

Passed in 2001 and 2002, respectively, the two existing authorizations for the use of military force for Afghanistan and Iraq have been read broadly by Republican and Democratic administrations to justify military action, including airstrikes or operations, in more than a dozen countries in which Congress never specifically authorized any military action. These authorizations have functioned as a blank check to the executive branch. Congress has rarely pushed back.

The fiscal cost is astounding. According to the Watson Institute of International and Public Affairs, the post-Sept. 11 approach to foreign policy has cost nearly $3 trillion. Added to that are the $437 billion for medical and disability care for veterans who have served in these wars. Including interest costs and anti-terrorism spending, the cost of post-Sept. 11 wars now exceeds $6.4 trillion.

Although the drawdown in Afghanistan doesn’t completely remove our military presence from the country, it continues the process of ending our involvement there almost 20 years after our brave men and women in uniform toppled the Taliban.

Trump’s decision to continue drawing down our military presence in Afghanistan has been heavily criticized by some in Congress, Republican and Democrat alike, who appear to have their own informal bipartisan, bicameral “Forever War Caucus.”

The criticisms of this drawdown in Afghanistan are disingenuous. The question critics of the decision don’t want to answer is, if we don’t wind down our involvement in Afghanistan and Iraq, when will we do it? The Taliban have met our conditions. Afghanistan held democratic elections. We’ve had a military presence in these two countries for nearly two decades. Some of our soldiers who are serving in Afghanistan and Iraq either weren’t yet born when Congress passed these authorizations or not old enough to remember the beginning of these wars.

There’s no question that America has enemies, but Congress has a responsibility to reinforce its role in foreign policy and, in particular, the question of war and peace.

Article I, Section 8 of the Constitution states, “Congress shall have power…to declare war.” In 1793, the father of the Constitution, James Madison, wrote, “In no part of the constitution is more wisdom to be found than in the clause which confides the question of war or peace to the legislature, and not to the executive department.”

Unfortunately, Congress has largely abdicated its carefully crafted responsibility. Instead, Congress continues to bind itself to votes cast almost a generation ago by an entirely different Congress. Osama bin Laden is dead, and the Taliban were removed from power. Saddam Hussein was toppled and executed for his many crimes. Yet, both authorizations remain in effect, along with continued loose interpretations from the executive branch to justify any military engagement almost anywhere in the world as long as it has some connection to terrorism.

Congress must begin to have a debate about repealing the two existing authorizations in favor of a new one that has a narrow scope limited to combating terrorism that is a clear threat to the United States. A new authorization for the use of military force should also require oversight from lawmakers and a sunset provision so that future lawmakers have an opportunity to vote on whether or not to keep it in effect.

We absolutely need to give the executive branch the tools it needs to fight terrorism, but any replacement authorization has to be targeted to a specific objective, have a limited scope, and mitigate the executive branch’s bipartisan proclivity for perpetual war. We owe people that much. It’s long past time to give it to them.

Rep. Chip Roy, a Republican, represents the 21st Congressional District of Texas and is the former first assistant attorney general of Texas. Jason Pye is the vice president of legislative affairs for FreedomWorks.

WASHINGTON, D.C. -- In response to Rep. Adam Kinzinger’s proposed Authorization for Use of Military Force (AUMF) against the Russian Federation should it use chemical, biological, or nuclear weapons in the territory of Ukraine, Cesar Ybarra, FreedomWorks Vice President of Policy, commented:

WASHINGTON, D.C. -- In response to the bipartisan vote on H.R. 256 to repeal the 2002 Authorization for the Use of Military Force (AUMF) against Iraq, Adam Brandon, FreedomWorks President, commented:

On behalf of FreedomWorks’ activist community, I urge you to contact your representative and ask him or her to vote YES on the repeal of the 2002 Authorization for the Use of Military Force (AUMF) Against Iraq, H.R. 256, introduced by Rep. Barbara Lee (D-Calif.). The objective of the 2002 AUMF against Iraq was to go after Iraqi dictator Saddam Hussein; his regime was ousted in 2003. This legislation has run its course and it is long past time to repeal it.