Welcome to ObamaCare: Health plan costs are pricing many Americans out of seeking medical care 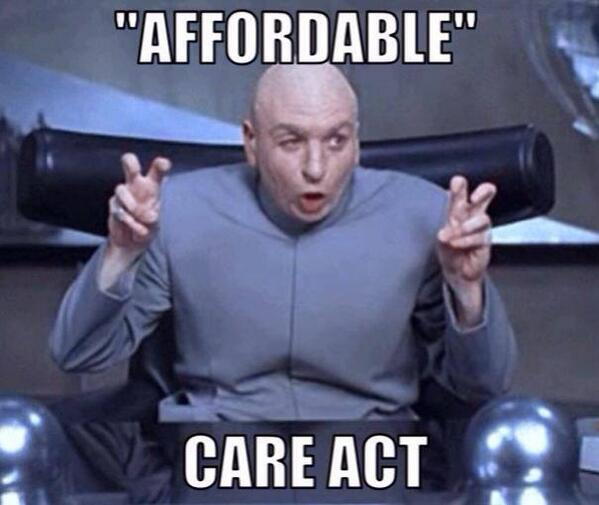 Many Americans have found out how ObamaCare hides the true cost of health insurance coverage through higher deductibles. The Associated Press, on Monday, released a survey which found that 25 percent of privately insured Americans are "not confident" that they'll be able to afford healthcare in the event of a major medical problem:

The poll found that people respond to the hit on their wallets in ways that may not help their health:

— Nineteen percent of all privately insured adults said they did not go to the doctor when they were sick or injured, because of costs. Among those with high-deductible plans, the figure was 29 percent.

— Seventeen percent skipped a recommended test or treatment; it was 23 percent among those with high-deductible plans.

— Eighteen percent of all adults went without a physical exam or other preventive care, 24 percent among those with high-deductible plans.

Many of those who are struggling to pay for medical care are making moves to mitigate the costs, according to the Associated Press, including dipping into their savings and scaling back on retirement contributions. The survey also found that 45 percent of insured adults report paying more for coverage after switching their health plans, compared to 29 percent who say they're paying less.

While high-deductible health plans are ideal for younger Americans who may not visit the doctor very often, they're less beneficial for older Americans who may need more medical care. ObamaCare, however, has made health insurance so expensive -- through its mandates, taxes, and fees -- that insurers have increased deductibles for many basic health plans to avoid premium sticker shock. The New York Times, of all places, took note of this in December:

For policies offered in the federal exchange, as in many states, the annual deductible often tops $5,000 for an individual and $10,000 for a couple.

Insurers devised the new policies on the assumption that consumers would pick a plan based mainly on price, as reflected in the premium. But insurance plans with lower premiums generally have higher deductibles.

In case you're wondering, health plans made available through employers typically have much smaller deductibles, according to The Times, averaging $1,135 annually.

ObamaCare's apologists are so focused on premium costs that they ignore the other costs associated with health insurance, such as deductibles. Costs of government-driven policies -- whether it's ObamaCare, environmental rules, or financial regulations -- are borne by taxpayers and consumers. There's a reason why the Obama administration is hiding health plans for the 2015 open enrollment period until after the election -- ObamaCare is only going to get worse.