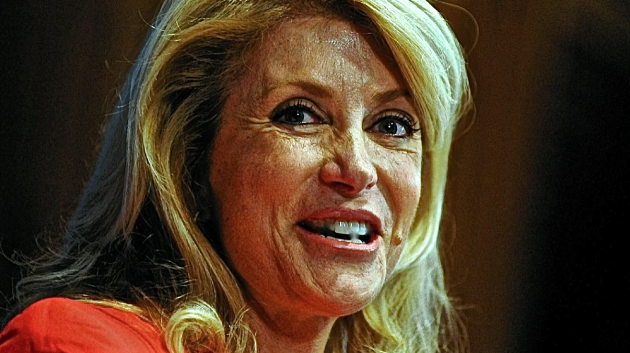 It’s an ineloquent, indirect way of leveling the baseless charges of racism and sexism that seem to be the only arrows left in the Democrats’ quiver. For decades, the political left has taken for granted the votes of young people, women, and minorities without feeling the need to really offer anything in return. Today, however, there is a change in the wind. Democrats sense it, and it scares them, but rather than actually trying to compete for votes by being better representatives, they have chosen to lash out with ad hominem attacks instead.

It’s hard to make the argument that Democratic leadership has done anything to help the communities they claim to represent. Just about any progressive policy you can name actually hurts poor and disadvantaged people more than it helps them. The minimum wage locks the least experienced and least skilled workers out of the labor market. Licensing laws and business regulations erect barriers for low-income individuals to become entrepreneurs. The federal takeover of education traps minorities in inner cities in failing schools and denies them the educational opportunities afforded to the more affluent. There is seemingly endless list of misguided progressive policies that perpetuate poverty, segregation, and dependence on the state. This is the kind of society minority voters are expected to enthusiastically support? I think we can do better.

Meanwhile, minority communities around the country are becoming increasingly aware that their interests are not being served by the status quo, and waking up to the fact that there exists a conservative alternative.

Back in December, Al Sharpton was hosting a Town Hall in Chicago to discuss gun control, complete with the usual victimhood rhetoric, when he unexpectedly started to lose the crowd. "We don't have a gangs, guns, drugs problem," said one attendee. "We have a nepotism, cronyism and patronage problem." Another crowd member, an 82-year-old preacher, commented, "I would call a serious town meeting, like the town meetings Republicans would call. They call it a Tea Party."

This Saturday, June 14, FreedomWorks is partnering with local leaders to host a minority outreach event in Chicago. Themes will include local issues like education, energy, and jobs, things that directly affect Chicago families. The liberals have had their way in Chicago for a long time now, and the result has been poverty, violence, and corruption. More and more, people are realizing that it’s time for a change.

Rather than merely paying lip service to minority interests while branding any competing ideas as inherently racist, the freedom movement, led by the grassroots all around the country, is actually interested in solving problems and changing the way Washington (mal)functions. The classic description of the Republican Party as a big tent still hold true today. Constitutional conservatives, libertarians, Ron Paul millennials, and the traditional social conservative values that tend to be present in black and Hispanic communities are all an important part of the freedom movement today. It’s about principles and ideas that work, not identity politics.

Wendy Davis knows that her platform has nothing real to offer, and instead has to resort to name calling in the desperate hope of garnering enough minority support to defeat Republican Greg Abbott in November. She thinks Republicans don’t like people who don’t look like them; maybe she should stop spending so much time worrying about what people look like and instead focus on providing solutions for all Americans.