What Could We Get for Christmas for the Cost of the Ex-Im Bank? 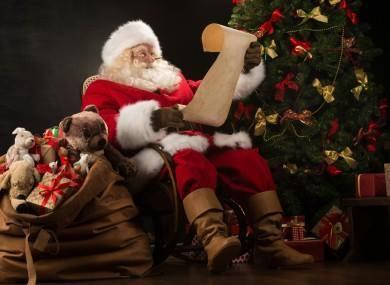 I know what I'm asking for this year...

As the holiday season approaches, Americans are budgeting for Christmas presents, decorations, cards, and of course, lots of delicious food. At such moments, while we are pinching our pennies to maximize holiday cheer, it’s instructive to remember the ways in which government blows through our tax dollars with reckless abandon.

One of these ways is the Export-Import Bank, an 80 year old Grinch of a program, leftover from the New Deal and designed to encourage U.S. exports, a function largely unnecessary in today’s global economy, especially considering that most of the Bank’s loans got o huge corporations like Boeing that scarcely need the help.

The Ex-Im Bank claims, through the magic of government accounting, to be revenue neutral, but in fact, it is expected to cost taxpayers about $2 billion over the decade. It can be hard to wrap your head around a number like that, so let’s express it in terms of what we, as Christmas shopper, could get for that amount of money.

In 2013, Americans bought 33 million Christmas trees, for a total cost of $1.16 billion. Just think, the abolition of the Ex-Im Bank would free up enough money to buy nearly double the amount of Christmas trees we purchase each year as a nation. Wouldn’t that be a better use money than subsidizing giant corporations?

But if evergreens don’t float your Christmas canoe, there’s always the matter of Christmas dinner to consider. One of the most popular and traditional choices is the Christmas ham, which typically weighs about seven pounds. Depending on what sort of ham you prefer, the money currently used to support the Ex-Im Bank could purchase more than 200 million festive holiday hams, nearly two for every household in America.

Regardless of your personal preference for Yuletide cuisine, there’s no doubt that a lot of merriment could be spread with the $2 billion devoted to propping up an obsolete and cronyist Bank. According to Forbes, the average American spends about $1,000 on the holiday season. That means that, for the cost of the Ex-Im Bank, 2 million additional people could enjoy a very merry Christmas indeed.

Only a real Scrooge could prefer paying off bankers to promoting peace on Earth and goodwill towards men, but that’s exactly what the Export-Import Bank does. It’s time to end it now.