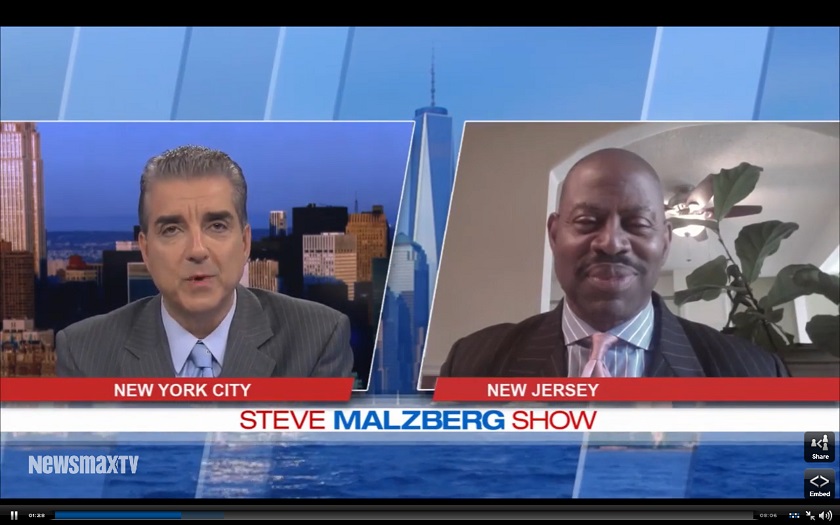 During an interview on “The Steve Malzberg Show” on NewsmaxTV, Cobb, a former Democrat said,

“I was all into the Democratic Party and everything and then I started realizing they helped destroy our communities and we’re celebrating electing these people.”

One of seven children, Cobb and his siblings learned from their parents about the importance of not relying on the government for everyday wants and needs. Despite their low-income upbringing, all of his brothers and sisters went to college. In addition to graduating from college, he had a successful professional football career that lasted 11 years.

Cobb compares his upbringing to some of his cousins who relied on government assistance. In stark contrast to his family, he witnessed the downward spiral of their lives.

To put an end to the suffering in black communities, Cobb is taking action.