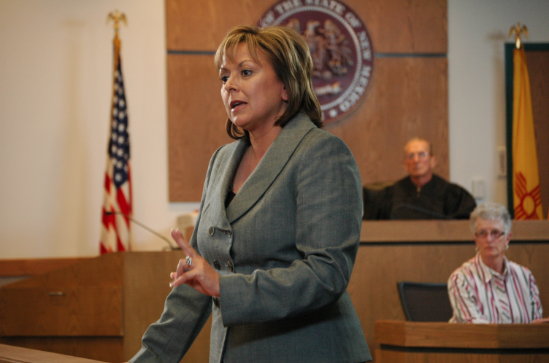 The Cato Institute’s report, Fiscal Policy Report Card on America’s Governors 2018, examines each governor on their records on taxes and spending, assigning him or her with a letter grade. These reports have been coming out every two years since 1992. Steve Moore, who is currently a senior economic contributor for FreedomWorks, authored the first report card. Chris Edwards, the director of tax policy studies at the Cato Institute, has authored the report card since 2008.

Edwards provides the setting for this year’s report card by writing, “The U.S. economy is in its 10th year of economic expansion, and state government budgets are benefiting from a solid growth in tax revenues. State general fund revenues have grown 40 percent since 2010. Many of the nation’s governors have used the growing revenues to expand spending programs, whereas others have pursued reductions in taxes.”

The report card is the first since the passage of the Tax Cuts and Jobs Act, which prompted some states to pursue their own tax reforms. There are other recent regulatory factors that may impact revenues. Although some of these, such as the Supreme Court’s decision in Wayfair, may not be realized until next year when states begin looking at legislation that addresses online sales taxes. Still, there has been plenty of activity in state legislatures to determine whether governors, who have the power to sign or veto legislation, have acted fiscally responsible manner.

Five governors received grades of “A” on their fiscal records. Topping the list is Gov. Susana Martinez (R-N.M.). “On taxes, Martinez has pursued reforms to make New Mexico more competitive. In 2012, she signed a bill reducing gross receipts taxes on inputs to construction and manufacturing. In 2013, she pushed through a cut to the corporate income tax rate, from 7.6 to 5.9 percent, phased in over five years,” the report explains. “In 2017, she vetoed bills that would have increased taxes by $350 million a year, including increases to gas taxes, vehicle fees, freight truck charges, gross receipts taxes, and hospital taxes.”

Gov. Burgum and Gov. McMaster took office in December 2016 and January 2017, respectively, so they’re off to good starts in terms of vetoing tax hikes and/or restraining spending. Gov. LePage is in the final year of his last term. Although he often makes politically incorrect remarks, there’s no question that Gov. LePage has governed as a strong fiscal conservative. Gov. Abbott has served since January 2015 has kept spending low and cut some taxes and fees.

Gov. Inslee, at least for this two-year period, is the very definition of a tax and spend Democrat. “Inslee has pushed relentlessly for tax increases. He originally campaigned on a promise not to raise taxes, but he proposed more than $1 billion in higher taxes in his first budget in 2013,” the report notes. “In 2014, he proposed a new tax on capital gains and increases in cigarette taxes and other taxes. In 2015, he approved a gas tax increase as well as higher taxes on businesses. In 2016, he proposed broadening the bases of various taxes to raise funding for education.”

There are other governors of note who may factor into the national political scene at some point in the future. Gov. John Kasich (R-Ohio) and Gov. Rick Scott (R-Fla.) each earned a “B.” Gov. John Hickenlooper received a grade of “D.”

Of course, there are 36 gubernatorial races in the 2018 election cycle and three in 2019. Several of the governors score in this year’s Cato Institute report card are term-limited, some may lose re-election, and others are retiring. Needless to say, there will be fresh faces in the 2020 report card.

Governors need to work on cutting regulations, bureaucracy, economic freedom, and business unfriendliness first. They all have no up front revenue cost (tax cuts depend on accelerated growth to raise revenues). Coolidge/Mellon cut spending into surplus, then cut taxes to return money to the taxpayer.

We need a spam button to ditch spam.

NJ gov is making lots of big mistakes, big spending, green policies, Hudson infrastructure, guns, no Direct Primary Care which has been in pilot programs, loves ACA, clueless on schools, Camden has been under state supervision, but Dem legislature is pushing back fairly well.

You Have raised very valid points in your post. It really happened some person do not have the right idea. But with your awesome tips, one can easily identify it. You should check the PC problem suffering from a virus than just contact our experts through McAfee Activation at https://mcafeeactivate.co/mcafee-activation/

You have raised very valid points in your post. It really happened some person do not have the right idea. But with your awesome tips, one can easily identify it. Any user of AOL facing any issue immediately contact experts through https://emailtechsupport.org/aol-chat-support/

Good article, she is very talented, I appreciate your talent.
<a href="http://wingsio0.com">wings io</a>

Hi there, You've done an incredible job. I will definitely digg it and in my view suggest to my friends.I am sure they will be benefited from this web site.
https://light-novel.online