What Obama SHOULD Have Said Last Night 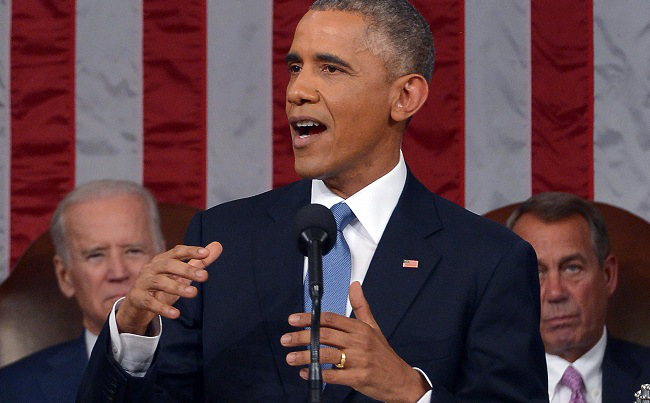 It’s no big surprise that I wasn’t a fan of President Obama’s State of the Union address last night. As expected, it was full of bad ideas and logical fallacies. I could go through his entire speech and point out where he’s wrong but many like-minded commentators already have. Instead, I want to focus on what I realistically wish Obama would have said.

The key word is realistically.

It’s interesting that Obama chose to primarily focus on partisan issues like raising taxes on the wealthy, “free” community college, hiking the minimum wage, the so-called gender wage gap, and more. He should know that these are divisive topics that will not pass the new Republican-controlled Congress. Not going to happen. Is he more interested in gaining political points—or proposing practical ideas?

President Obama should have taken this as an opportunity to highlights issues where Democrats and Republicans can find common ground. That way, his speech would signal that he is actually interested in working across the political aisle.

First, Obama needs to get serious about civil liberties.

There are members in both parties who have taken a stand against intrusive NSA spying. It’s incredibly unpopular with the American people. Yet, Obama only paid a little lip service to the issue last night. He announced an unimpressive “NSA spying report” that will be released next month. I doubt that this in-house report will please privacy advocates.

What happened to the Obama that once spoke out against unconstitutional surveillance?

Last night, I wish Obama would have lent his support to a number of bills that would protect our privacy. There’s the bipartisan Email Privacy Act that would update privacy laws to prevent the government from snooping in your inbox. Or he could have supported the permanent expiration of Section 215 of the Patriot Act which comes up for renewal in June.

Secondly, Obama should talk more about repealing corporate welfare. He did talk about closing tax loopholes quite a bit. A more uniting topic is ending taxpayer subsidies to corporations.

Unfortunately, it seems that Obama no longer opposes the bank. If he reverts back to his original position, he’ll have plenty of allies across the aisle. Opponents of the bank range from Ralph Nader and Sen. Bernie Sanders to Sen. Rand Paul and the Heritage Foundation.

Lastly, Obama could have spoken more about criminal justice reform. He mentioned it but gave no real details.

The idea of ending it is very popular with the general American public and is gaining traction among conservatives.

There are a handful of good issues that Obama could have focused on to promote unity. Instead, he chose to play political games.

This site has always been against anything that could benefit the middle and working class. So big surprise that this article is all against the very things that need to happen to help those classes.

the NSA? Guess what. That started in 2001. Put two and two together.
I will agree that Obama should have said more. In particular more about dark money and how it's been spent on AstroTurf movements like the tea party

FreedomWorks’ Statement on the State of the Union Address