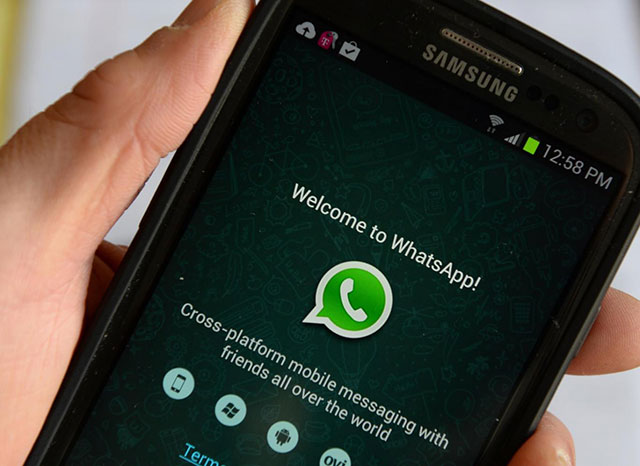 In its most recent update, the messaging app will now be offering complete end-to-end encryption for all forms of communication over its servers. This means that all things being communicated, from texts, video messages, and other forms of media, will be encrypted, ensuring that the only people with access to the data being transferred are the two users involved in the message. Not even WhatsApp employees will be able to tap into these communications, as the encryption involves specific signals from the two users’ phones to decrypt the messages. What’s more, these encrypted messages will be covered on all platforms that can host the app, from iPhones to Androids to Windows phones and more. While WhatsApp previously began encrypting parts of their servers in 2013, this latest update finishes the job by creating a totally-encrypted messaging platform.

This update comes with enormous consequences that extend far beyond the company’s Silicon Valley headquarters. Around the world, over a billion people use WhatsApp to communicate with their friends and families, making the messaging service second in total users only to Facebook. What’s interesting, though, is that the large majority of WhatsApp users reside outside of the United States. Since WhatsApp uses internet connections to send messages rather than traditional cellular networks, many people in the developing world use the app as their primary messaging service, rather than paying for extremely expensive data plans. Merely dealing with numbers, this move towards encryption will be making big waves in the messaging market.

There is something much more important at play, of course, when one seventh of the world’s population has access to private messaging capabilities. By using a platform with total end-to-end encryption, people’s privacy rights and civil liberties will be protected from the ever-growing reach of government surveillance. As exemplified with the recent Apple debate, encrypted messaging is extremely difficult for governments and hackers to intrude upon and gather up an individual’s data. Consumers are once again empowered in keeping their information and communications private from prying eyes.

There are, of course, those that bring up the issue of national security and encryption. The Apple case did emerge after the San Bernardino shooting, so many are concerned about terrorists abusing this system. However, combating terrorism is much more complex than just reading into people’s conversations, and extending surveillance capabilities into encrypted conversations won’t put a stop to terrorist activities, as they would simply search for other private means to do their business. Rather, this truly is an issue of ensuring that the people have privacy from abuses of surveillance powers. Since WhatsApp is a global platform, this encryption will protect the free speech of people around the world who live under the nose of corrupt governments, giving them a platform to express their ideas when they would otherwise be punished for doing so in public.

In an interview about the history of government surveillance, WhatsApp founder Brian Acton described how “there was a … period where the government had a broad ability to surveil, but if you look at human history in total, people evolved and civilizations evolved with private conversations and private speech. If anything, we’re bringing that back to individuals.” Now, with the total encryption of the WhatsApp platform, people can once again benefit from having private conversations in the digital age.

I was using whatsapp since 2013 and since then everything, every update seems working pretty fine and Yes, I am happy that they have come with end to end encryption. Actually, https://fmwhatsappapk.com/ comes with more and more features than the actual whatsapp messenger we have.