Where the Wild Things Aren’t: The Federal Government Claims Land Is “Critical Habitat” for a Species That Does Not Live There 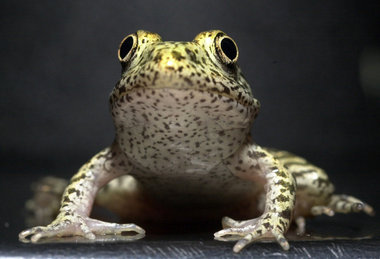 In 2012, the Fish and Wildlife Service (FWS) designated 6,477 acres of private land in Mississippi and Louisiana as “critical habitat” for the dusky gopher frog, an endangered species. A critical habitat designation imposes a whole host of permitting restrictions on a selected property, significantly impairing the property rights of the owner. There was something that should seem odd about the decision, though: the frog only exists in Mississippi. The 1,544 acres in Louisiana included in the designation are not inhabited by the frog, and indeed the FWS’s own report describes the land as “poor quality terrestrial habitat for dusky gopher frogs.” But little things like facts and logic can’t be expected to halt the march of the regulators.

The dusky gopher frog’s historic range included parts of Alabama, Mississippi, and Louisiana. However, for many decades the frog has only been observed in Mississippi. In the vicinity of the Louisiana land in dispute, the frog has not been observed since the 1960’s. The Endangered Species Act (ESA), which the regulators used to justify this infringement of property rights, was signed into law in 1973.

The ESA is a statute with vague language which grants the FWS power to impose federal controls on any land it deems “essential” to the conservation of an endangered species. What constitutes essential is left entirely to the discretion of the FWS. So sweeping is this power, the FWS decided that in this case it was appropriate to identify some land that in theory could in the future, with substantial changes, support the frog and designate it essential. The Louisiana landowners affected by this outrage have challenged this decision in court, but so far federal courts have agreed with the FWS, though not unanimously. In a blistering dissent in the 5th Circuit Court of Appeals, Judge Pricilla Owen notes:

“The majority opinion interprets the Endangered Species Act to allow the Government to impose restrictions on private land use even though the land: is not occupied by the endangered species and has not been for more than fifty years; is not near areas inhabited by the species; cannot sustain the species without substantial alterations and future annual maintenance, neither of which the Government has the authority to effectuate, as it concedes; and does not play any supporting role in the existence of current habitat for the species.”

This is a succinct summary of the how far off the rails the regulators have gone in this case. Not only does the frog not currently inhabit the designated land, in order for the designated land to ever serve as appropriate habitat for the frog, it would have to be substantially changed. Yet the regulators claim such enormous, unaccountable power, that this land can be designated as “essential” to the conservation of a species which does not live there and cannot survive there as the land currently exists.

This assertion of power under the ESA, and courts’ refusal thus far to push back, is extraordinarily ominous. If the FWS has the power to designate land as critical habitat in this case, there is no limit to its power. Vast swaths of the United States can, in theory, be modified in such a way to support endangered species. If you knocked down every building in New York City, tore up the pavement, and erased every sign of human development, the island of Manhattan would be an ideal preserve for any number of species. Should the federal government be able to decide that your backyard would make a good habitat for an endangered species if enough changes are made? According to the FWS they already can.

Yet again, we see the danger of broad grants of authority to federal agencies. Perhaps when the ESA was first passed, Congress assumed that the executive branch would use its powers with restraint. That was folly then, and it is folly now. The regulators do not know the meaning of restraint. Unless they are affirmatively limited, federal regulators will seize the absolute maximum power they can get away with, quaint ideas of private property rights notwithstanding.

FreedomWorks: The House and Senate Must Be Committed to Congressional Review of Regulations