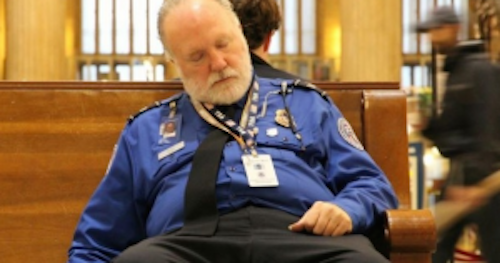 This agency is regularly exposed for thefts, assaults, spending millions on useless equipment, and punishing attempted whistleblowers. American citizens are subjected to delays, humiliations, and constitutional rights violations at the hands of this agency. The agency’s response to all these failures: give us more money. No one will be surprised that this a description of the Transportation Security Administration (TSA).

The TSA was founded in an atmosphere of uncertainty following the 9/11 terrorist attacks. Rather than focusing on the intelligence and regulatory failures surrounding those attacks, the federal government does what is does best: use a crisis to expand the scale and scope of government. A new all-federal workforce was mandated for airport security screening. The logic behind establishing a new bureaucracy in a federal government known for waste, inefficiency and lack of accountability is self-evidently faulty.

As the TSA’s incompetence quickly became apparent, Congress authorized an alternative pilot program for airports to use private screeners, which are still required to follow all federal guidelines. As mentioned above, these screeners are more efficient, cost less that federal TSA screeners, and tend to score better on customer satisfaction. But in a twist that only a regulator could devise, any airport that wants to replace the TSA with private screeners must first get approval from the TSA itself. In the least shocking news you’re likely to hear, congressional investigations have found that the TSA protects its turf by regularly rejecting these applications for frivolous or undefined reasons.

To top off all the failures and corruptions, the TSA does not even perform the one function that it was founded for: keeping weapons off planes. In testing by Homeland Security, TSA inspectors failed to catch weapons and fake bombs in a staggering 95% of tests, despite all the petty regulations on shoes and water bottles that it imposes on weary travelers.

In the TSA, our government has created the perfect poster child for the failure of the regulatory state. A bureaucracy that spends too much, does not do its job, abuses citizens, and skates on with no accountability. Given that a more efficient, less abusive, less costly, and more accountable alternative is readily available, the TSA is a branch of the regulatory state that could stand to be cut off.