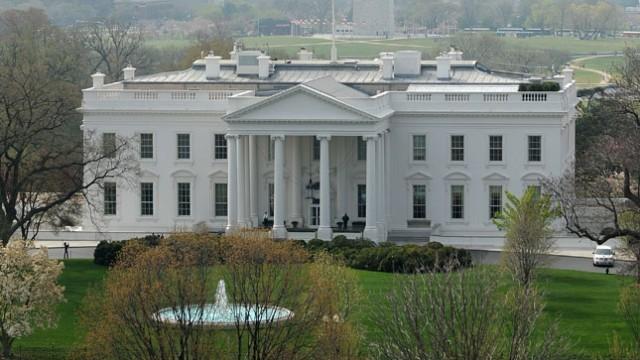 The betrayal of campaign promises to cut government spending could be no more evident than when Congress passed the Bipartisan Budget Act, H.R. 1892, in February and in March when both chambers passed the Consolidated Appropriations Act, H.R. 1625, the omnibus spending bill for FY 2018. The budget deal increased discretionary spending levels by nearly $300 billion over two years. The $1.3 trillion omnibus, a 2,232-page bill written in secret and passed by both chambers within 24 hours of being made public, appropriated at these higher spending levels.

The good news is that fiscal conservatives have lashed out at members of Congress over the spending levels in the budget and the horrible process by which the omnibus was passed. The White House is reportedly considering using a provision of the Congressional Budget and Impoundment Control Act of 1974 to rescind at least some of the appropriated spending in the omnibus. This would be consistent with the president’s initial, and correct, instinct to veto the spending bill. Unfortunately, he did not follow this instinct.

Title X of the Congressional Budget and Impoundment Control Act allows the president to submit a request for rescissions of part or all of a specific appropriation. These individual requests are compiled into a report that is transmitted to the House and Senate. The report is used to draft legislation. The legislation does not have to contain every proposed rescission, nor the dollar amount requested to be impounded. It is usually introduced by a member of leadership but does not have to be.

If the legislation contained the proposed rescissions is not discharged from the House or Senate appropriations committee within 25 days, any member of the chamber in which the legislation has been introduced can make a motion for consideration, which would have to be agreed to by one-fifth of the body.

Amendments may be offered to the legislation, although, in the House under the current leadership, the amendment process for most bills considered on the floor has been closed or severely restricted. The only amendment that can be considered are those that strike a proposed rescission, change the amount to be rescinded within the confines of the president’s request, or add a rescission that was proposed by the president but is not in the bill.

In the Senate, the legislation wouldn’t be subject to a filibuster, although the legislation is amendable. A motion to recommit the legislation to committee is in order, according to statute, only if the motion has “instructions to report back within a specified number of days, not to exceed 3, not counting any day on which the Senate is not in session.”

Any rescissions legislation would face hurdles. Congressional Democrats have already criticized the plan to use Congressional Budget and Impoundment Control Act to rescind some of the spending. Sens. Susan Collins (R-Maine) and Lisa Murkowski (R-Alaska) have also said they would oppose legislation to rescind spending. Senate Majority Leader Mitch McConnell (R-Ky.) has indicated that he wouldn’t bring such legislation to the floor.

Well, Leader McConnell has voted for rescissions packages in the past, including those that rescinded funds from appropriations bills that he voted for. For example, in May 1992, he voted to rescind spending requested by President George H.W. Bush. The legislation, H.R. 4990, was signed into law by the president.

A May 2010 report by the Congressional Research Service detailed the rescissions passed by Congress between 1974. Although the total dollar amount of rescissions on a year-by-year basis wasn’t large, the Congressional Budget and Impoundment Control Act still was a useful tool, as Congress rescinded more than $164.4 billion between 1990 and 2008, according to the Government Accountability Office.

Pressure also needs to be placed on Leader McConnell and Republican senators who have indicated that they will oppose the rescissions. Unlike the recent Balanced Budget Amendment show vote in the House, which was allowed to take place because it wouldn’t meet the two-thirds required for passage and because it would give Republicans who voted for the terrible omnibus and budget bills cover, the rescissions under the Congressional Budget and Impoundment Control Act are a real opportunity to reduce spending.

Opportunities to reduce spending are few and far between. Conservatives should not let the chance pass to actually -- for once -- practice the fiscal responsibility they preach.