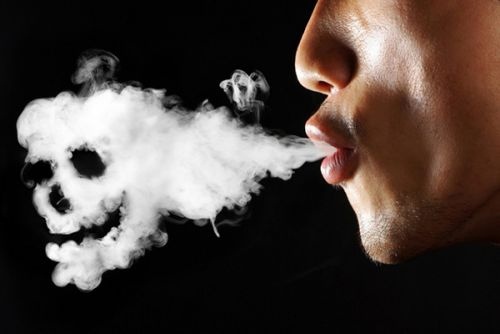 One of these avenues must be harm reduction. To this point, the WHO has adopted a modern-day iteration of “just say ‘no’” where smokers have the choice of quitting cold turkey or remaining addicted until death. This is simply not feasible. Policymakers serious about addressing the threat of smoking need to be willing to engage with alternatives to help eradicate traditional cigarettes.

Studies have shown that electronic cigarettes are 95 percent less harmful than traditional ones. They have also demonstrated that e-cigarettes are more effective at smoking cessation because of the neurological effects it has on the body. The similar sensation and nicotine satisfaction make it far less likely smokers will return if they have these alternatives available.

Despite the scientific research backing harm reduction, the tobacco industry is barred from having any interaction with the WHO on this convention. This strategy is incredibly narrow-minded and ignores the role the industry has played in developing alternatives that are better for consumers and can help eradicate the more harmful traditional cigarettes. Sadly, WHO seems attached to its “quit or die” playbook that has clearly not worked to this point.

In July 2017, the Food and Drug Administration (FDA) announced a shift in the agency’s tobacco control policy. Then FDA Commissioner Scott Gottlieb said that “envisioning a world where cigarettes would no longer create or sustain addiction, and where adults who still need or want nicotine could get it from alternative and less harmful sources, needs to be the cornerstone of our efforts – and we believe it’s vital that we pursue this common ground.”

Gottlieb described the essence of the issue perfectly in 2017. While a nice dream, the WHO’s cessation tactics are not based in reality. We need to be pushing for better market alternatives. The U.S government should be wholeheartedly behind the approach described by Gottlieb in 2017 and seek to bring this approach to the WHO in order to benefit those struggling with addiction both here at home and across the globe.

Both the U.S. government and WHO should also look to history. When the U.S. undertook a zero tolerance policy regarding alcohol, consumption did initially decline, but rose steadily afterwards as illicit, bootlegged production began. This strategy could not stem alcohol consumption and gave rise to more dangerous alternatives.

Likewise, this supposed “vaping crisis” has actually been because of bootlegged fluids containing dangerous material. Regulators should not give smokers no other choice but to go with the unpredictable, potentially deadly options. We should have learned that lesson as a society roughly a century ago.

So, by the time the 2020 WHO Framework Convention on Tobacco Control rolls around in November, we sincerely hope all policymakers will change their tune and embrace harm reduction as a way to loosen the grip traditional cigarettes have on countless people across the world.