Why Can't We See We're Being Scammed? 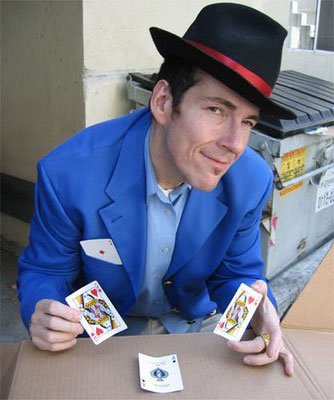 If someone called you, and told you that they wanted to give you $10,000 in loans, with extremely low interest rates, that you could use to spend on whatever you wanted, and in ten years, if you haven’t paid them back, the loan would be forgiven, what would you say? You don’t have a credit history, you don’t know this person, and you’re only 18 years old. You wrack your brain, but you can think of exactly zero reasons why this person would want to give you money.

Most people would say that person is a sleazy scam artist. The kind you are always afraid will call your elderly aunt.

We’ve all received those phone calls or emails. “Hi, this is Mike from Comcast. I’ve detected a virus on your computer, can you give me the password so I can reset it?” Or, “hi, this is Jacob from Visa. There’s been some activity on your card I need to verify, and in order to do that I’ll need the card number and your PIN number.” Or, “I’d like to offer you a car loan with zero monthly interest and no money down!” When it’s a too-good-to-be-true scam, we know intuitively that there must be a catch, and it must be ugly if these people are claiming that they are giving away free money.

Though these people can be very clever and many people do succumb to scam artists, most people are savvy enough to recognize these scammers and hang up their phone. No, you can’t have my PIN number, Jacob, I saw the ABC special on phishing scams.

While most people can see through a scam artist using simple heuristics such as asking for extremely personal or important information, or an offer that seems too good to be true, people seem to forget these heuristics when they aren’t coming from a sketchy phone call or a cheesy commercial. When it comes from large institutions that are fixtures of the economy, all of that knowledge goes out the window.

In fact, people offer tens of thousands of dollars in loans with low interest rates and no collateral to teenagers with no credit history every day. They’re called student loans. (Did you gasp?)

Student loans are amazingly easy to get. The government’s criteria for applying for student loans are basically only that you are accepted into an accredited university, and that you are a citizen or have some equivalent status (green card, visa, etc.) in America. That’s it. They probably don’t even care if you have a pulse. Corpses get especially low interest rates, because, you know, the deceased are underprivileged and need college to get ahead in life.

Student loans also have no hope for repossession if left unpaid -- a bank can take your house if you don’t pay your mortgage, or your car if you don’t pay your car payments, but they can’t take your college degree. So, basically, they have no reason to believe you’ll ever pay them back (no credit history), they keep interest rates low even though they have no reason to believe you’ll pay them back in a timely manner, and they can’t take your degree if you don’t end up paying off the loans. Sounding sketchy yet?

Now, most college-aged people have to work to build credit before they can even get a credit card that doesn’t require a security deposit and high monthly interest rates. After the credit crisis of 2008, legislation banned banks from soliciting college students. Banks no longer have incentive to put a credit card in the hands of each and every college student in America. This intended to prevent young people from incurring massive credit debt after many did during the credit crisis, when credit was as easy to get as alcohol on a college campus. Despite having had this experience, the government still gives student loans to individuals for a degree that has no guarantee of return on investment.

If we recall the narrative after the credit crisis, there was a strong sense that people had been conned into taking on mortgages and debt that eventually drowned them. Many people were living beyond their means, buying houses they couldn’t really afford and things they didn’t really need. Upon reflection, it is clear that those people should not have thought that there was an easy way to live a lifestyle they couldn’t pay for, and on the other side, that the federal reserve and government mortgage banks should not incentivize banks to trick people into thinking that they can get them free money. This crisis seems to have taught us nothing, though (just like college! ouch.)

People still think that with the help of the government and the banks, they can live above their means, paying up to $250,000 for four years of a liberal arts degree (and four years of not working full time), the same way that people thought that they could buy a $250,000 house with a refinanced mortgage before the housing market crashed. In both cases, the people being issued the student loans or go-go mortgages viewed their purchases as investments; and in both cases, they were wrong. We learned the hard way that housing is consumption, not investment, and we are about to learn that higher education, too has long been mistaken for an investment when it is not. John Allison, the former CEO of BB&T, said that when “government policy supports consumption at the expense of investment, we have less capital goods (including technology) to enhance the productivity of our labor force.” He is exactly right, and our economy will suffer because of this mistake. The government is giving people money to spend on college, and because of that, the money they do spend from their own savings on college will not go towards investments or capital goods. As a result, our economy is less productive, and we will see the student debt bubble start to burst. And it will be ugly.

So, the next time the government offers you money, say no. Even though it’s not fake-Jacob from fake-Visa. If I call it like I see it, the government has orchestrated a big, fraudulent scam that harms our economy and puts young people in debt for years. Don’t let them get away with it.

As one of our over 6 million FreedomWorks members nationwide, I urge you to contact your senators and ask that they vote NO on the Bank on Students Emergency Loan Refinancing Act, S. 2432. This bill would continue the total federal takeover of student loans, funded on the back of further tax increases.

Call Your Senators
0
06/10/2014
"Is the Student Loan Bubble About to Burst?"
"https:\/\/www.freedomworks.org\/content\/student-loans-are-another-bubble-ready-burst?social=facebook_share"
"Yes. Yes it is."
https://fw-d7-freedomworks-org.s3.amazonaws.com/styles/thumbnail/s3/field/image/bubble.jpg?itok=aKA9Qbhr
Blog

Student Loans Are Another Bubble Ready to Burst

If there’s one group of people who are getting a raw deal these days, it’s the young. The unemployment rate among 16- to 19-year-olds is a whopping 19.1 percent, ObamaCare is raising the costs of health insurance for young people by compelling them to subsidize their parents and grandparents, and the current generation of politicians continues to rack up debt that will one day have to be paid for at future generations’ expense.

Capitol Hill Update, 7-29-2013House& Senate/Schedule: Both chambers are in session this week, after which both will leave town for five weeks for the annual August recess. The session will resume on September 9th.

Here it comes again, the “great sell out” of American students. The Senate has arrived, once again, to “save” college students by extending artificially cheap interest rates to them. Politicians warn that without passing legislation, students are going to face major cost increases. Couched as the moral, right, and compassionate thing to do, the legislation they’ve cooked up is merely a cover for selling out our students.

Capitol Hill Update, 22 July, 2013House & Senate/Schedule: Both chambers are in session this week, and will remain so until August 2nd.