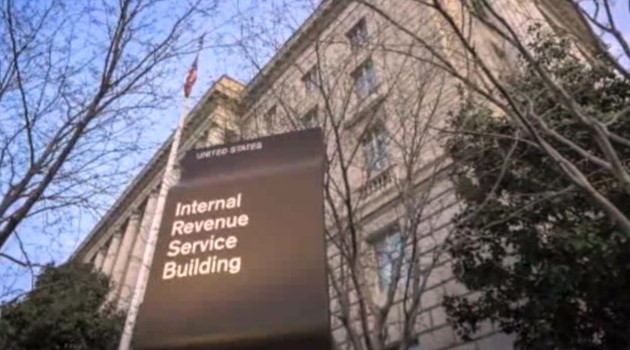 Logic would dictate the Internal Revenue Service (IRS) would be pleased that small business owners are making cash deposits into a bank since these funds are evidence of taxable revenue.

After all, a dishonest individual could hide the cash at home.

Obviously, logic is absent at the tax collecting agency.

Recently, national news was focused on the plight of Randy Sowers – a Maryland farmer who had the IRS seize $63,000 from his business account because he made cash deposits under $10,000 to avoid filling out paperwork for deposits greater than that amount.

In a 2012 visit to his farm the IRS notified Sowers that they had seized his money for making those deposits.

The Washington Post wrote about Sowers’ plight with the IRS and the story included alarming stats regarding the amount of money seized by the IRS including funds from individuals that were never charged with criminal behavior.

Based on Freedom of Information Act requests, the libertarian Institute for Justice has reported that the Internal Revenue Service has seized almost a quarter-billion dollars in such cases from 2005 to 2012, about half of which was never returned. A third of those cases, like the Sowers case, did not involve allegations of criminal activity beyond the structured deposits themselves.

Sowers eventually settled the case with the IRS where he surrendered 10 percent of $295,220 – the amount of funds that were considered structured.

My last pay check was 9500 dolr working 12 hours a week online. My sisters friend has been averaging 15k for months now and she works about 20 hours a week. I can't believe how easy it was once I tried it out.
This is what I do.... www．work-cash．com

Why did they steal his earnings? Because they're a den of thieves. Let's enact H.R. 25, the FairTax, and promote these criminals to the private sector, so that they may begin being productive citizens, contributing to their fellow man, rather than leeching off of others' labor.

Yes in deed Karl. Let's push for this but let us limit it to 20% and cut government spending across the board. The IRS size will be reduced and the name changed to STC - Sales tax collectors. Then they can use there guns to go after the Russian mob who doesn't pay up the sales taxes they collect. - From a 2020 news report from several years ago. Let's get organized and make sure we leave the corrupt Grover Norquist - Here is why: Check out Glen Beck / Grover Norquist on You tube.
So let's get organized with: FAIRTAX Dot ORG

While the IRS has been bullies for as long as I can remember which is over 50+ years. But since the Obutthead Regime has taken over the the Country, it is totally out of control and has turned into nothing more than a Criminal Enterprise of thugs who pay no attension to the rule of law and are out to destroy anyone and everyone who does not agree with or opposes the Regime, or who will not conform to their ILLEGAL demands. Heck I even bet the Mob is envious of what the IRS is able to get away with.

They should NEVER be allowed to confiscate one penny until they have made formal charges, gone through a trail and received a conviction on the charges before any monies are taken. It has evolved into nothing more than a exceptional group of common thieves. It is time that "WE the People" demand that the IRS be ABOLISHED and a system of taxiation that is fair for everyone be instituted. There are many possibilites that will work far better than the burdensome system in use at this time.

This is nothing more than organized crime, the same as the mob! You've had no judicial review, no charge, illegal (Bill of Rights) confiscation of personal property. Then they wonder why someone goes nuts and becomes violent. The courts eventually will be more effective and if I were this farmer I'd never deposit cash again.

Mean while, Clinton Foundation is Re-Filing the last 5 years TAXES as we read this swhit?

Yes, they're a class act. Everyone sees through it but they still get a pass.

Soooo... due to this legal technicality - which was probably crafted so that the government could do this very sort of thing - the IRS steals money from law-abiding business persons... because they can.