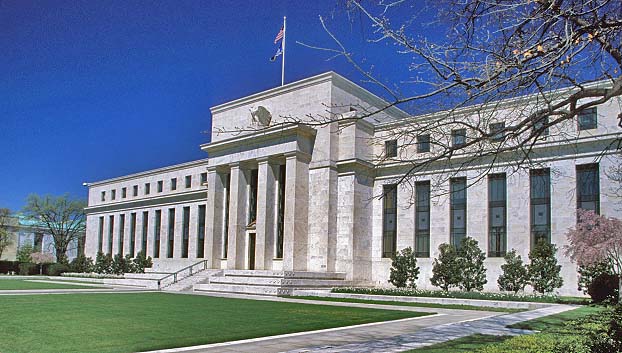 If you’ve been following the news recently, you might be convinced that the economy is in good shape. Economists typically define a recession as a period of two or more quarters of economic contraction. By this measure, the Great Recession officially ended in 2009. Since then, the economy has reportedly been recovering. The unemployment rate recently fell to 6.1% from its peak of 10%. Even more impressive, the Dow Jones Industrial Average has more than doubled since its trough in early 2009 from 6,547.05 to its present value around 16,500.

However, the attitude among many Americans is that the economy is still not doing so well. Economic confidence has remained low and the recovery has been more sluggish than any since the Great Depression. In fact, the economy is currently half way towards a recession again. During the first quarter of 2014, GDP contracted at 2.1%. If GDP were to contract next quarter, the American economy would technically be in a recession again. But, it does appear that GDP did increase by 4% during the second quarter or 2014—pending any revisions.

The lower unemployment rate of 6.1% is still quite high and the labor force participation rate is currently lower now than it has been for the last 36 years. Though a higher percentage of the labor force is now employed, more people are reluctant to join that labor force. Moreover, new regulations from the EPA and ObamaCare mandates have brought uncertainty to small businesses. It is surprising that there is any good news at all about the economy. So why are there mixed signals?

Much of the growth that Americans have seen in the stock market and employment is due to manipulation from our central bank, the Federal Reserve. Since the start of the recession, the Federal Reserve has been engaging in intense expansionary monetary policy. Their target interest rate, the federal funds rate, has been held near zero for over five years to boost borrowing and investment.

The Federal Reserve has also engaged in the controversial practice known as quantitative easing, where it buys financial assets from private institutions and pushes their long term interest rates lower. As a result of all these asset purchases, the balance sheet of the Federal Reserve has increased approximately fourfold, from $865 billion in August of 2007 to over $4 trillion in early July of this year. This massive expansion reveals just how activist the banking authority has been in the American economy.

And though the quantitative easing is expected to end later this year, Federal Reserve Chairwoman Janet Yellen is still extremely cautious about allowing interest rates to rise at all. Ending the stimulus and selling assets to moderate inflation would send a shock to investors and Yellen knows this. So, the easy money continues to flow.

The goal of this expansionary monetary policy is to keep member banks afloat and to counter the recession by increasing business investment through lower interest rates. When businesses are able to purchase loans at a cheaper rate, they can expand operations, hire more workers, and improve the economy overall. This is what has happened to some extent. The unemployment rate has fallen but it is still high. GDP has generally been increasing since the asset purchases began, but it has also contracted during several quarters. The stock market has soared through the roof. But is what growth we have sustainable and capable of ending the recession?

The answer to that question is no. The policies carried out by the Federal Reserve have created a bubble that also must pop. Interest rates are so low not because Americans are so willing to save and invest, but because the Federal Reserve has pushed them to these artificial levels. The investments encouraged by low interest rates do not conform to the actual savings of Americans and are only due to the Fed’s manipulations. These manipulations have pushed employment and output statistics higher than they otherwise would be. Economist Neil Irwin from the New York Times calls this the “Everything Boom” where “around the world, nearly every asset class is expensive by historical standards.”

Monetary authorities are making the same mistakes that they did prior to the Great Recession. Back then, risky lending in the housing market was encouraged by years of artificially-low interest rates and ultimately collapsed in 2007 and 2008. Booms cause busts. But, politicians are so focused on treating the symptoms of the recessionary disease that they don’t understand that their own treatment is the cause of the disease. By returning to the same old inflationary monetary interventions to end the recession, the Federal Reserve is creating another bubble that must ultimately pop in another recession.

Irwin admits in his New York Times article he fears “busts in one or more markets that could create a new wave of economic ripples in a world economy still not fully recovered from the last crisis.” Even Chairwoman Yellen, during her semi-annual Monetary Policy Report, alluded to the possibility of an unsustainable bubble in social media stocks. A July 19th article in the New York Times reveals that the next subprime loan crisis might be in the used car market. There is evidence throughout the economy that cheap credit has consequences.

At some point, the mal-invested capital throughout the economy that is propping up economic indicators will be revealed as a sham. Yellen will finally allow interest rates to rise to more logical rates and the economy will fall back into a recession. A recent paper from the Atlanta Federal Reserve revealed that the activist policies enacted by the central bank have only reduced the unemployment rate by 0.13% from where it would have been without the interventions. Is such lackluster success in the short-term worth the cost in the long-term? The economy will continue to be under the threat of another recession until the Federal Reserve stops distorting the economy.