Will the Supreme Court Strike Down All of ObamaCare?

This week, a federal judge in Pennsylvania struck down the individual mandate -- the linchpin provision of the President's controversial health care law. So have other judges.

But this judge did something more: He struck down several parts of the law, not just the mandate.

Which revives the hope -- however slight -- that we might yet win a total victory in the courts. 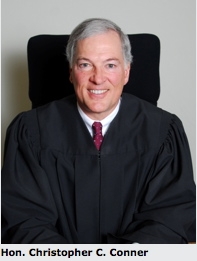 The individual mandate, section 1501 of the law, says that beginning in 2014 virtually all Americans will be required to purchase government-approved health insurance.

But U.S. District Judge Christopher Conner said the extremely unpopular requirement is unconstitutional, because it goes beyond Congress's delegated powers.

More important, Connor did something all previous judges who've reviewed this issue haven't been willing to do: he struck down several other parts of ObamaCare as well, ruling that you can't sever them from the offending mandate, because they are too intimately intertwined with it. (Other judges have taken an all-or-nothing approach.)

This latter aspect raises the best hope to date that we might be able to secure the total elimination of ObamaCare in the Supreme Court.

Judge Connor's ruling brings to three the number of federal district courts -- Virginia, Florida, and now Pennsylvania -- that have found the individual mandate unconstitutional. (Other district courts have unfortunately found the opposite.)

The appeals courts have been split on the issue, with one circuit (the Fourth) upholding it (in the Virginia case) and another (the Eleventh) striking it down (the Florida case).  Clearly, the Supreme Court will have to step in.

But assuming the Court agrees with those lower courts that have found the mandate to be beyond Congress's enumerated powers, how might the high Court rule on severability? That will depend on whether it even has to rule on it. And that's why this week's decision is important.

Traditionally speaking, if the Court strikes down a provision of an act, it will also strike down the rest of that act, absent an explicit clause in the act providing for severability (or non-severability). That is, judges have traditionally preferred to defer to legislatures, not wanting to play surgeon with a statute, absent clear guidance as to exactly what Congress intended should any particular provision be found repugnant to the Constitution. In other words, the default assumption in the absence of clear guidance is that everything in the bill rises or falls together.

But the Supreme Court may not follow the traditional way here.

(Interesting side-note: A severability clause was included in an early version of the President's health care bill but didn't make the final cut.)

So while admittedly tenuous, it's still possible the whole bill could be struck down.

The key will be what the appeals courts do on the issue.  Here's how things have played out at that level:

Fourth Circuit. The federal judge in the Virginia case, Henry Hudson, struck down the individual mandate but chose to punt the question of severability to a higher court. Alas, when the appeals court reversed him and found the mandate legal, severability ceased to be an issue in that Circuit.

Eleventh Circuit. Here, the appeals court agreed with Florida district judge Roger Vinson that the mandate must go, but disagreed with him on whether the mandate is severable (he said it isn't; they said it is).

Third Circuit. So that brings us back to Judge Connor and this week's ruling in Pennsylvania. In declaring the mandate unconstitutional, as we've noted, Connor found that three other key provisions of the law must also fall, namely:

All of these, he said, must be severed from the act and stricken. But the rest of the law can stand.

This is enough to provide a slender reed of hope.

So what's my prediction?

Whatever happens, I predict the Supreme Court will take a cautious route and try to preserve as much of the statute as it can.

We can't count on the courts to repeal this misguided and destructive law.

We must do that job ourselves, via our elected representatives.