Windy City Gets Blown Over With New Tax 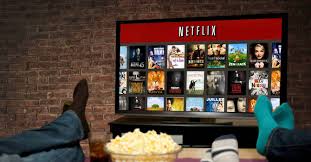 A new tax is being imposed on Chicagoans in the name of fairness. Residents who pay to stream movies and music on sites such as Netflix and Spotify will be charged an additional 9% for using those services. The added costs come from a ruling of the Finance Department. Implementing the new charges will be an expansive reach of two types of governing taxes already in place known as the city amusement tax and the city personal property lease transaction tax in order to cover products used by businesses and residents alike.

Simply put, this new tax will affect anyone who accesses the cloud, and is part of a larger attempt on the part of Mayor Rahm Emanuel to slowly chip away at the massive budget deficit in Chicago. While he predicts the ruling will bring in about $12 million each year from anyone living in Chicago paying to receive data, it will do little to resolve the city’s fiscal crisis, which ultimately requires an effort to reduce spending. Companies will have until September 1st of this year to begin paying the new fees; however, the city can start collecting sooner than that.

Mayoral spokeswoman Elizabeth Langsdorf assured that the new tax is not an expansion of the already existing taxing laws and is implemented merely because it is what is fair. In a statement she said, “[i]n an environment in which technologies and emerging industries evolve quickly, the City periodically issues rulings that clarify the application of existing laws to these technologies and industries[.]”

She further went on to say, “[t]hese ensure that city taxation is uniformly and fairly applied and that businesses are given clear guidance on the applicability of the City’s tax laws to their operations, and they clarify that the amusement tax and personal property lease tax apply to digital services.”

The “fairness of the tax” justification continued with Als. Ameya Pawar, 47th commenting the new tax is sensible, evens out the playing field, and is a way to create standards for online businesses that already apply to brick and mortar businesses in Chicago. The justification ends there, and reality sets in because Netflix has already confirmed it will pass this new tax on to consumers. Beginning September 1st, subscribers will see an increase when paying their subscription fees.

Fortunately, Michael Reever, vice president of government affairs at the Chicago Chamber of Commerce, recognized the fee hike for what it is--an additional tax burden on businesses. He noted that it’s just one of the many reasons businesses would not want to locate to Chicago. Reever also observed that this new tax does nothing, in the long run, to fix Chicago’s blundering fiscal problems. Given the new cost on doing business, it is likely that the new tax will be challenged in court, once the tax bills are sent out.

This tax hike demonstrates big government at its finest. The government sees new innovations succeeding and like clockwork swoops in to strangle them. Consequently, it is the taxpayer who gets the short end of the stick in these situations. So, be warned Chicago residents, don’t cancel your cable just yet.

Spotify premium apk with many attractive features brought. You can try it by downloading the APK file.

Besides the apps for Windows, iOS, Android, etc, users can now access to Spotify and discover all its features using Web Player. Read this for more details Spotify web player - https://spotify-webplayer.com . It's time to search for or add songs, albums and discover new music.

That's right folks, "Fairness", hahahahaha, live with it or become a conservative and run these POS politicians out of office, sup 2 u.

On Obama’s last day, hundreds of “midnight regulations” were secretly filed by multiple regulatory agencies. One was the FDA’s Smokeless Tobacco Rule (21 CFR Part 1132). This proposed rule would effectively ban smokeless tobacco made in America. They proposed this rule covertly, hoping you would miss your chance to make your voice heard.

FreedomWorks today announced a week long campaign to promote welfare reform. The campaign, “Welfare Week: Solutions to Get America Working Again,” will begin on Monday, June 12 and last through Friday, June 16. The week will include a series of live streams with Members of Congress and policy experts on FreedomWorks’ Facebook page, grassroots events, and more.