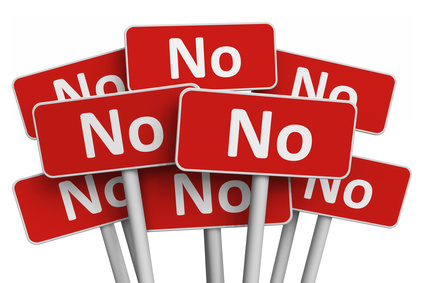 Big labor has always predicated its efforts on an appeal to “workers’ rights,” claiming to fight against exploitation and unfair treatment of employees by powerful corporations who care more about their bottom line than about the safety and well-being of workers.

It’s a compelling narrative that plays into Americans’ instinctive tendency to root for the underdog, to stand up for the little guy in the face of bullying, to see David defeat Goliath. But over time, an almost undetected reversal of roles began to take place. The robber barons of the 19th century faded away into obscurity and workers no longer found themselves chained for life to a “company store,” where their wages flowed directly back into their employers’ pockets. At the same, time, the very organizations that justified their existence by fighting The Man, began to look decidedly mannish themselves.

As labor unions gained in power and influence, their tactics became all but indistinguishable from the practices they once decried, resulting to bullying, intimidation and force to get their way when persuasion proved insufficient.

Like all interest groups seeking an advantage over competitors, Big Labor found a convenient ally in the federal government. In recent decades, workers and employers alike have grown tired of the abuses of union power, and union membership rates have plummeted to record low levels. Threatened and fearing for their future, unions are now attempting to use the force of law, not only to perpetuate their own existence, but to coerce unwilling non-members to financially support them as well.

In January, the Supreme Court heard oral arguments in a case challenging a law by former Illinois Governor Rod Blagojevich that arbitrarily and unilaterally reclassifies home health care workers as state employees, thus requiring them to pay dues for a union to which they do not belong. A ruling on the case is currently pending. Next week, the Court will hand down its final ruling, a ruling that will have implications for public sector unions all over the country.

Can anything be farther from the idea of “workers’ rights” than forcing people caring for elderly friends and relatives to pony up fees to support large and powerful labor unions against their wills? What about the worker’s right to do their job without being harassed by needless and punitive fees, especially when they are not eligible for the pension privileges granted to proper union members?

The forced unionization of an entire sector of workers is a transparent power grab by unions struggling to survive the backlash to their own abuses of authority. The argument from the pro-Labor side is that these private sector workers are free riding on the wage benefits obtained through collective bargaining, and therefore should be forced to pay their “fair share,” but if the Court accepts this argument there will be little limit to what sorts of draconian fees could be required in the future.

There is not an industry on the planet that wouldn’t like to be able to use government to force people to buy their product whether they want to or not, and it’s a safe bet that almost every one could make an argument for why its efforts have spillover benefits even for non-customers. To argue that this justifies a government-mandated fee is akin to the stop-light window washer demanding payment for service no one asked for and no one wants.

Labor unions resemble government in that both purport to protect the weak from the strong, when in reality doing just the opposite. Ultimately, these conflicts always boil down to insiders versus outsiders, and as usual, the insiders hold all the cards.

The Thirteenth Amendment to the U.S. Constitution prohibits any form of involuntary servitude. Surely, this must extend to workers who are forced to contribute part of their paycheck—part of their labor—to a union they were compelled to join. And if the First Amendment guarantees the right to freedom of association, surely that must protect workers from being coerced to join groups to which they do not wish to belong. Anyone who legitimately cares about workers’ rights should be willing to fight for a worker’s right to say “no,” to reject the unjust demands of bullies and gangsters. In the interest of worker freedoms, we can only hope that the Court agrees.