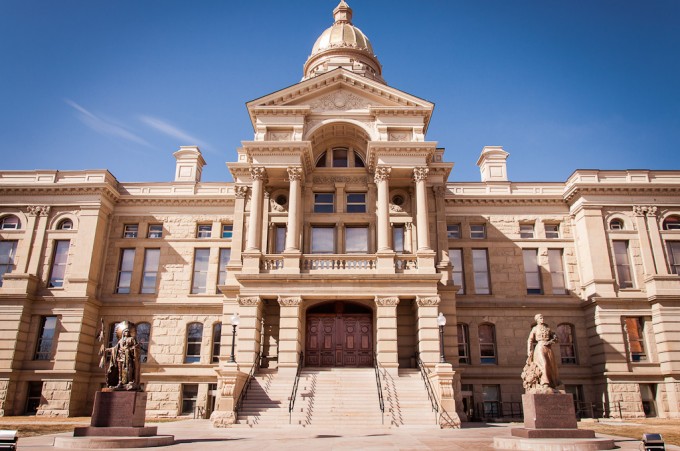 The Wyoming Legislature's Joint Judiciary Committee met on Thursday in Gillette to review two draft bills that would reform the state's terrible civil asset forfeiture laws. Though members of the committee considered the draft proposals, they instructed staff to draft a new bill for consideration at the next hearing, likely in early October.

Members of the committee are taking a serious look at reform after an unsuccessful attempt earlier this year to pass legislation that would have ended civil asset forfeiture in Wyoming. In Civil Asset Forfeiture: Grading the States, FreedomWorks gave Wyoming an "F" for its current forfeiture laws. The standard of evidence needed to subject seized property to forfeiture is incredibly low and the burden of proof falls on the property owner, who may never be charged with a crime.

In February, the Wyoming Legislature gave final approval to legislation that would have required a criminal conviction before property connected to a crime or obtained from the proceeds of criminal activity could be subject to forfeiture. Unfortunately, Gov. Matt Mead, a former federal prosecutor, vetoed the bill. A subsequent override attempt in the state Senate was unsuccessful.

The proposals the committee reviewed last week would have offered protections to innocent people whose property may be taken under this pernicious form of government overrearch. One draft proposals echoed the bill that passed the legislature earlier this year, requiring a criminal conviction before property could be subject to forfeiture.

The remaining proposal, which was drafted with help from the Wyoming Attorney General's office, would significantly raise the standard of evidence from "probable cause," which is all that is needed under current law, to "clear and convincing evidence." By placing the burden of proof on the government, it would have also restored the presumption of innocence, a core principle of the American legal system.

The principles behind the two proposals are worthy of passage, though requiring a criminal conviction before property can be forfeited to the government is ideal. While the committee did not take action on either bill, its direction to staff to draft a new language shows that members still have civil asset forfeiture on their minds as they approach the 2016 session and could get something meaningful done.

While the fate of civil asset forfeiture reform will fall on Gov. Mead, who insists that Wyoming's current forfeiture laws have not been abused, a new report from the state's attorney general shows that less than 15 percent of seized cash between 2010 and the beginning of 2015 was returned to its owner. "Nearly $1.3 million in cash was seized and $190,000 was returned to the claimants, either on orders of a judge who determined there wasn't enough evidence for the state to keep the money, or because the owners negotiated with prosecutors to take part of it back," the Casper Star Tribune recently reported. "The federal government was able to keep some of the money -- $56,754 -- in cases in which federal agencies were involved."

The report did not offer any data on how many people from whom cash or property was seized were charged with or convicted of a crime. But keep in mind that under Wyoming's current civil asset forfeiture laws, prosecutors do not have to charge or convict someone before going after their assets in forfeiture proceedings. The standard of evidence needed to subject property to forfeiture is the same as what is needed to obtain a search warrant. The number of innocent people affected by Wyoming's terrible civil asset forfeiture laws may be small, but protections are needed to ensure that no law-abiding citizen's property is unjustly taken.