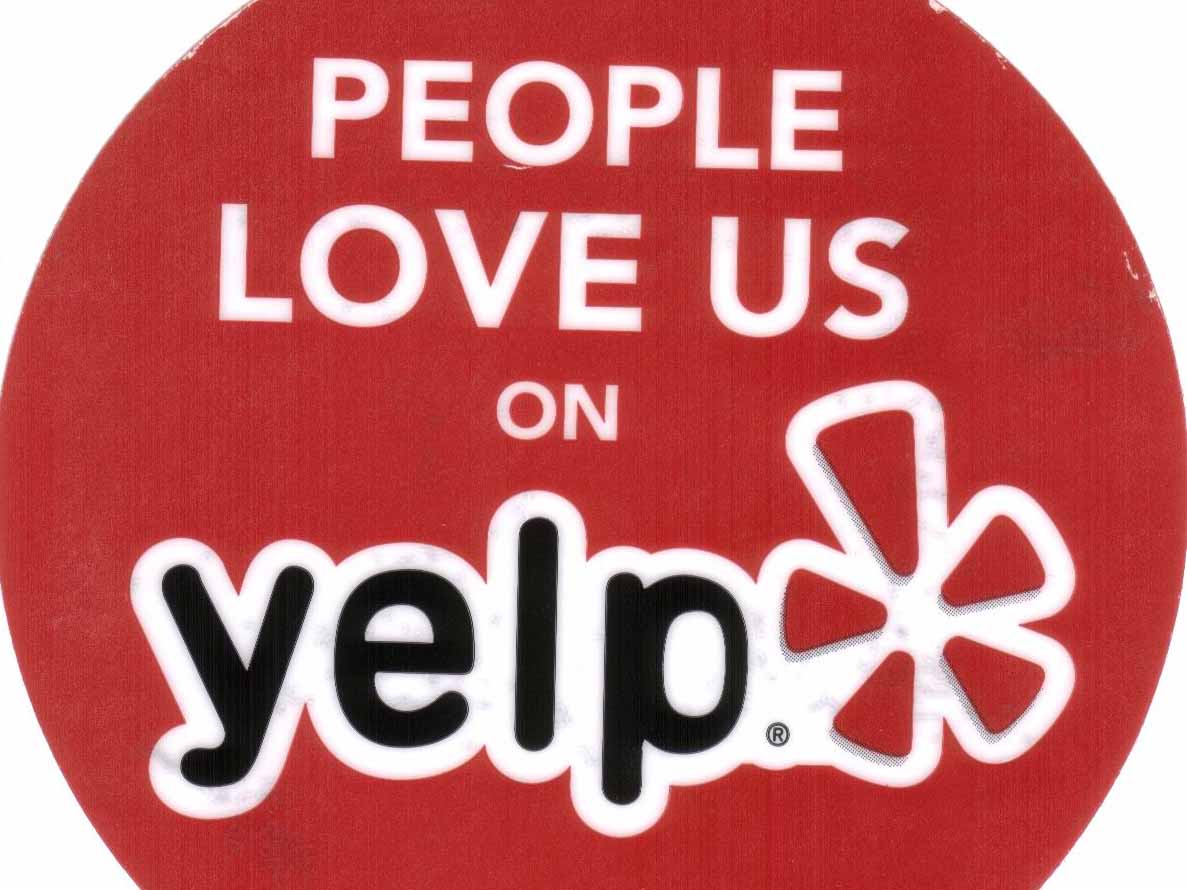 Don't expect to see this sticker at TSA checkpoints

You have got to love the Internet. Yelp, a popular social networking site devoted to business ratings and review, has entered into an agreement with the federal government to allow users to post reviews for several federal agencies, including the Transportation Security Administration, Social Security offices, and national parks.

Yelp announced the agreement with the General Services Administration's (GSA) DigitalGov on Tuesday. "It’s clear Washington is eager to engage with people directly through social media," Yelp explained in blog post. "Earlier this year a group of 46 lawmakers called for the creation of a 'Yelp for Government' in order to boost transparency and accountability, and Representative Ron Kind reiterated this call in a letter to the General Services Administration (GSA)."

"Luckily for them, there’s no need to create a new platform now that government agencies can engage directly on Yelp," the announcement continued. "As this agreement is fully implemented in the weeks and months ahead, we’re excited to help the federal government more directly interact with and respond to the needs of citizens and to further empower the millions of Americans who use Yelp every day."

While it is a neat idea to put federal agencies on Yelp, and sort of hilarious to think about because of the reviews one could write, do not expect much to change. After all, we are talking about the federal government, which is notoriously averse to change and generally disinterested in the experiences most people have in their interactions with its more than 2.72 million employees.

Though horror stories of "pat downs" are not as prevalent as they were a few years ago, one can only imagine the reviews that TSA checkpoints' Yelp pages will receive as users and become aware that they can write reviews of their experiences of the security theater for which this particular federal agency is known. Despite having TSA Precheck, this author has been annoyed with TSA agents at certain airports because of their insistence to examine his vapor mod every single time he goes through a checkpoint.

Users have already utilized Yelp to post reviews of various federal agencies. Erin H., for example, complained about her experience with a TSA agent at Long Beach Airport in July, who was randomly selected for additional screening. Yelp's agreement with the GSA allows the TSA to claim the page.

"This girl (who I swear must have just graduated high school), escorts me into a clear cubicle in the middle of the screening area (very professional). She pulls out a stick with a little clamp on the end and puts what looks like a wet-nap from a BBQ joint on the end (seriously) and proceeds to wipe the handle of my carry on bag with it. She has a very stern look on her face (that she likely learned from her training videos). I ask, 'What are you looking for?' and she just ignores me. I then tell her this is stupid. She didn't like that very much, but she let me go when her wet nap failed to identify BBQ sauce residue," she wrote in her review. "TSA is a joke. Gawd."

Another user, Jordan D., was not happy about her young child being subjected to additional screening at the same airport. "When you 'randomly' select to screen a 5-year old child, EXPLAIN what you're going to be doing to them!!" she wrote. "Get your act together, I don't appreciate what you put my child through."

News of the agreement is already getting some coverage in the media. No doubt, the sound you are hearing is the fingers of thousands of people typing their snarky reviews of their experiences with their least favorite federal agencies. And they are all, probably, quoting Bane from The Dark Knight Rises with their worst impression, shouting, "Let the games begin!"

In all seriousness, FreedomWorks, of course, does not condone false reviews. Lawsuits have been filed over this in the past. In 2013, Yelp filed a lawsuit over allegedly fake reviews. In April, Amazon, filed suit against a company that wrote false reviews for profit. So, if you want to snark against the TSA or any other federal agency, just make sure your story is legit.

Airport Fed Up with TSA The Constitution of United States of America, Section 1: All legislative powers herein granted shall be vested in a Congress of the United States, which shall consist of a Senate and House of Representatives ...

As the holiday travel season draws to a close, many people are getting their second yearly hand of love from the Transportation Security Administration. A better solution to air travel security is to privatize the TSA. Let each airline and airport decide, and fund, its own security.

A year or so ago, the TSA confiscated my NRA membership keychain because it kinda sorta looked bullet-like. It was clearly supposed to resemble a bullet but, at the same time, it was clearly not. I asked if they could just swab it to prove that it was not a live round but, alas, they would not. My beloved NRA keychain was taken, and I had my own story on how crazy the TSA is. I thought it was a pretty good story until yesterday, when I heard they took a toy gun away from a sock monkey.