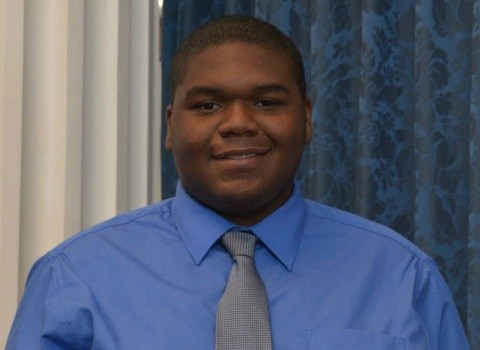 Why am I a young Black Conservative Republican? All my life I have always been different. I wasn’t easy to persuade and didn’t think the same as others. People say I am an old soul. I grew up in a violent drug ridden neighborhood where it was easy to get caught up in a drug or gang culture. My mom moved us to a better safer community.

I have always been interested in history and political matters, but growing up I idolized Democrats like North Carolina native John Edwards and former President Bill Clinton. I was a strong Democrat supporter as a kid, but as I grew up I started to question the Democrat Party and why Blacks were so loyal to them. I found out that the Democrat Party was pro-slavery, pro-segregation and pro-abortion. That the Democrat Party sterilized Blacks so they wouldn’t have more children. As a child I asked why would anyone support the Democrat Party? I asked my elders they had no answers!

By the 7th grade it all changed and I read every single presidential book in the library, about 65, and I said to myself my morals and beliefs fit more with the Republican Party. During the 2008 presidential election, I knew Barack Obama was a fraud so I supported Senator John McCain (R-AZ). I was called “White” just for questioning Obama’s qualifications. In 2010, I finally became a Republican my freshman year in high school. I wasn’t really involved in any politics but on November 2, 2010 – election day and my 15th birthday – I heard about the Tea Party winners. I had always had an interest in colonial and Constitutional issues so when I saw the Tea Party patriots beating the drums, marching in the streets for liberty and freedom, I knew the Tea Party and the Republican Party was for me!

I did not get involved until 2012 and decided to come out as a black conservative and didn’t care what people said. I was a top volunteer in North Carolina at the age of 16, which was the only swing state Mitt Romney won. Today, I fight so hard to get other blacks to be independent and to think for themselves. I do a lot of youth minority engagement and broke through to lifelong Democrats which is why I believe God gave me a gift to change minds and touch hearts. This is my calling.

Markeece is a college freshmen.

Hello, I am republican. I've made the Congress with Senator Durbin regarding my concerns for non-income conditions that resemble full attrition from the counselors and not-for-profit organizations. I've told the Senator I'm a complete Emancipation. I look forward to a society that is not documented. It's told that the Klan is close bywhere ever ex-slaves gathered, but never with the citizens that won the Civil War to assume slaves needed to live.

Even if it isn't the same Democrat Party as slavery and the kkk, it's the same extra-Constitutional progressivism they still champion! And what is the progressive redistribution of sustainable collectivism, if it isn't the Greatest of Deceptions - the oldest of slaveries being sold to the clueless masses as the newest of freedoms? But be careful with trusting "Tea Party" and "Republicans" just because of their title. Progressivism is everywhere, even within in our own ranks. There are a lot of frauds out there. Learn the fundamental principles of our God-given Individual Liberty, our only true Freedom, that you be tossed not, by every wind of deceptive doctrine...

Please continue to work hard in North Carolina! We are concerned about the November elections. Young people need some motivation to get involved and you are doing a great job. Thank you!

Pleased to see that this young black man knows-the history of the Democrat Party. I have never understood why the Black Community was so loyal to the Democrat Party knowing its history. Few are aware that the current welfare program has enslaved them again without realizing it. Many fatherless black families are entirely dependent on it their young daughters become pregnant at early ages and add to the dilemma and many of their sons drop out of school and become thugs and gang members who thrive on innocent victims. Is it any wonder that so many of the black community wind up in prison?

New York City's abortion rate for Black Women is well over 50%. Margret Sanger founder of Planned Parenthood is achieving her goals of reducing the Black Communities population with legalized abortions. I am sure the if Margret Sanger was still alive that she would be very happy with her achieved results.

One of the affects of our present state, is that it has created a Black Community that has become very Bigoted and Racist in nature with a huge chip on its shoulder. I do not imply that this applies to all Blacks, as I have known many who are loyal Americans first. As an example there are many of these in the U.S. Military doing an extraordinary job. An extraordinary example of achievement in the Black Community would be Colon Powell who rose to highest Military Position of Chairman of the Joint Chief's of Staff. In my opinion he is one the most diplomatic men to serve in government during the last 60 years and I believe he would have been a great President, even-though I believe him to be a RINO. Condoleeza Rice is another example of extraordinary achievement, she also would have made a great President. She would have been a no nonsense President who is very acute on world affairs and impact they have around the world.

Many of the educated Blacks are knowledgeable of the Democrat Party's past history but refuse to believe it or ignore it all together with no rational reasoning on why. Maybe stupid Party Loyalty that I have never subscribed too. This has gotten too long so will post it now.

Mr. Markeece you are a very intelligent young man. Like you I was a democrat until I started doing research and realized my views were more with the republicans. I was a democrat because my family was. But now I've changed them all lol. I have a feeling if the dems done research they would realize there views aren't democratic after all or at least the majority of them. All my life I was told that republicans were for the rich and they walk all over the poor and how ironic that democrats are the ones walking all over the middle class working man and the republicans are the only defense they have. My husband is a Coalminer and the dems have taking around 300,000-500,000 coal jobs already and there's very few mines that are still hanging on. I've seen people leave here and come back because they couldn't find jobs elsewhere and me and my husband have no one that we could count on to help us so we are destroyed If he loses his job. But the republicans have stood with the coal miners side by side and that means a lot to me. Anyways I'm glad there is some people in the younger generation that's not been brainwashed in our schools. You sir are by all means the future of America

You are wise beyond your years! Education really does make a difference! With a big heart and a love for your country & people I pray you succeed in every endeavor! We need more like you, sir!

Dozens of thumbs up to you Markeece Young!