You've Enrolled in Obamacare - The Doctor Won't See You Now 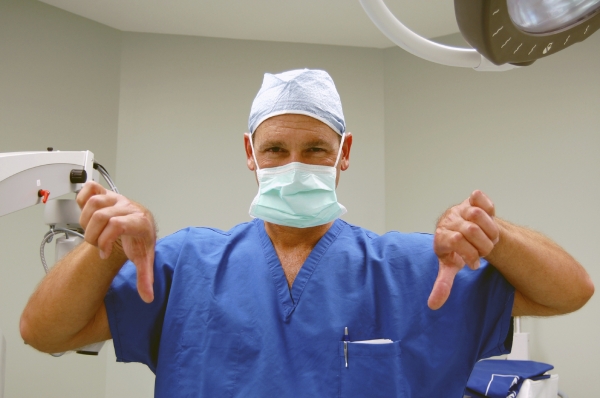 Signed up for ObamaCare? It may not help you get in to see a doctor.

Only 16.1% of physicians polled believe Obamacare will have a positive impact on their practices. Only 29.2% have confirmed they will indeed accept the insurance plans being offered on Obamacare exchanges. Of those who will not be accepting Obamacare, 64% cite, "Concerns about the administrative and regulatory burdens related to these products," as the reason why.

Very few of the respondents viewed Obamacare as an opportunity to help underserved patient populations, replace charity care or reach a new segment of the market. A statistic that runs contrary to Democratic talking points. Overwhelmingly, the physicians surveyed viewed Obamacare as a major barrier to their patients. 85% believe low reimbursement rates will place their practices in financial risk, 83% are concerned about financial liability during the 90 day grace period for exchange enrollees and 82.5% are concerned about the financial burden from patient collections due to unusually high deductibles.

We've already seen physicians turning away Medicare patients in droves. And for good reason. "Frustration with [Medicare’s] payment rates and pushback against mounting rules,” explained the Wall Street Journal, account for the trend in denying Medicare. With Obamacare regulations over seven feet tall, it's hard to imagine physicians will be tolerant of even more burdensome regulation.

With Obamacare's implementation barely more than a week old, it's already a tragedy in the making. The President's hallmark legislation sold as a means to help the disadvantaged, is pushing physicians into a corner and reducing access to care. The end result will be more expensive health insurance for everyone, fewer doctors and a system that excludes many, including those the law was 'meant' to help.

Pushing physicians into a corner hell!!!(pardon my western French), more like pushing the brightest amoung them (the ones that'll be most sorely missed and needed within a few years of this) into retirement.....pushing patients into reduced options, reduced quality single-payer care.....and pushing socialist cradle to grave control of every once free citizens lifestyle. Time to call this for what it was meant to be from Day 1: Ultimate control of the life of every American citizen........funded by same citizens. Now just shut up and TAKE IT!!!

Coverage doesn't mean care any more than having a driver's license means you own and drive a Lexus..