Zen Buddhism, Donald Rumsfeld, and the Value of Beginner's Mind

"In the beginner's mind there are many possibilities, but in the expert's there are few."
--Shunryu Suzuki, Author of Zen Mind, Beginner's Mind

Some years ago, one of my best friends who is a second dan Aikido black belt, recommended I read a book by the Zen Buddhist master Shunryu Suzuki called Zen Mind, Beginner's Mind. Suzuki brought Zen Buddhism to California many decades ago, and much of what we see of Zen Buddhism today exists because he popularized it with a series of speeches and books. His book begins with the epigraph at this beginning of this post and is perhaps the most profound thing I've read outside of the Bible.

The concept of Beginner's Mind is simple yet profound. Do you remember what it felt like on your first day on the job, when you knew a bit about what you were supposed to do, but didn't quite know how you'd do it or what resources you'd be able to use? Remember how you felt like you could do just about anything and it would probably work? Remember how free you felt before you heard your first "no", how quickly you tossed aside a failure and started over, confident that you'd be successful? That is shoshin -- beginner's mind-- when every moment presents the opportunity to learn something new or to see something at which you've looked over and over again in an entirely new way. Suzuki believed you could live in that frame of mind, indeed that the entire journey to enlightenment or to expertise in any task, relied on the maintenance of shoshin. The opposite of shoshin, what he termed Expert Mind, is the belief that you are so knowledgable you blind yourself to what could be. You stop learning. Your curiosity fades. You grow cynical and calloused.

Sound a little bit too touchy-feely? Let me give you another quote that approaches the issue from another direction.

No one would mistake Donald Rumsfeld for a Zen Buddhist master, although this quote takes you right up to the doorstep of the house in which Suzuki's Beginner's Mind lives. 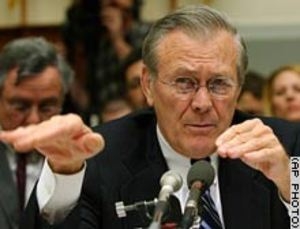 When you launch into a new project, you doubtlessly take stock of your knowledge, skills, and experience to see if there are any important gaps. Then you go about filling those gaps as best you can, either by learning something new, bringing someone on board who can fill one or more gaps, or planning around the gaps so they aren't a problem. You sort out your "known knowns" and your "known unknowns".

The real trouble, though, lies in the pitfalls you will encounter about which you know nothing at all -- the unknown unknowns.  This is where shoshin matters. When you are in beginner's mind, you are well aware there will be "unknown unknowns" (though you won't know exactly what they are nor how many there will be) so you will be nimble, able to handle them when they come. If you fall into "expert's mind", you be so busy congratulating yourself for fixing one unexpected problem that the next one will bowl you over, then the next one, then the next one. Shoshin keeps you humble, puts you in a state of openness in which you can learn the lessons you want to learn and handle the problems you need to handle. Remember, you don't know everything (and neither do I) and you never will. Everything is a mighty big basket and none of us are big enough to fill it up. (tweetable)

See how handy a little Zen can be? I told you it'd be interesting. Now, let's pull this into your activism. To do that, I want to use Han Solo. Okay, technically, I'll use Luke Skywalker, but it's Han's quote I want, so he gets top billing.

Do you remember, in the first Star Wars movie (the "prequels" do not exist, do you hear? And neither does Highlander II, Godfather III, or any Transformers movie after the first) what happened after the gang rescued Princess Leia? Luke and Han were in their laser cannon turrets banging away at the pursuing TIE Fighters when Luke blew one up. He turned around to celebrate and Han said "Great, kid! Don't get cocky." They escaped in part because Luke didn't get cocky. He maintained his beginner's mind and BOOM! No more TIE Fighters. By the way, the Jedi were inspired to a great degree by Buddhism. George Lucas, it is said, once called himself a "Buddhist Methodist", so this whole thing wraps up in a neat little ball!

So what does this have to do with you and your activism? When you launch your next outreach program, petition drive, or GOTV effort, you'll have successes early on. Don't get cocky. Remember your beginner's mind -- your shoshin -- and watch for the unknown unknowns. They'll come, but you'll be ready because you'll have put yourself in a position of readiness, of openness, of maximum flexibility and power. You'll adapt before the so-called experts even know they have a problem, and all thanks to a humble Zen Buddhist and the book he wrote many years ago.

Do you like a true underdog story? Who doesn’t, right? Well, when it comes to being an activist, you will actually understand what Ralph Macchio felt like in the Karate Kid. The odds are stacked against you at every intersection it seems.

Thank the Congressmen that stood on principle against Boehner
0
01/06/2015
""
"https:\/\/www.freedomworks.org\/content\/freedom-artist-sonja-harris-documentary-photographer-and-political-activist?social=facebook_share"
""
https://fw-d7-freedomworks-org.s3.amazonaws.com/styles/thumbnail/s3/field/image/1_13.jpg?itok=VBLWV0jU
Blog