Zero-Rating, Zero Innovation from the FCC 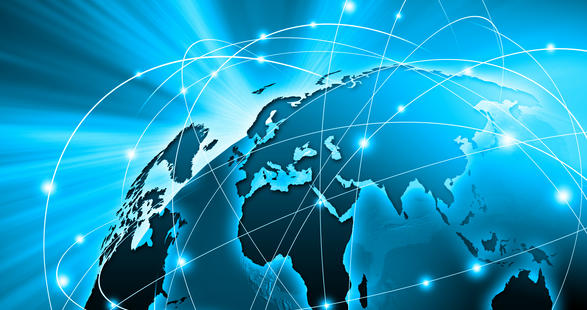 The Internet: the next frontier of human innovation. A network of infinite connections and infinite possibilities. That is, unless the FCC has anything to say about it.

Last year, the FCC classified of the Internet as a public utility, placing it under the regulatory umbrella of Title II of the Federal Communications Act. Dating back to the 1930’s, Title II relies on the regulatory approach for water, electricity, and the old telephone landlines, making it a questionable tool for regulating the internet. In the name of net neutrality, the FCC has been moving forward with a series of proposals that may ultimately inhibit innovation in cyberspace.

The most recent target of the FCC’s zeal is zero-rated content, which is a service that allows consumers access – albeit limited – to internet services without counting against data caps or incurring bill shocks. In some instances, companies do this by giving the consumers the choice to accept slightly limited download speeds and marginally lower screen resolution (that extra pixel won’t change Breaking Bad that much) in exchange for unlimited streaming in music or video apps without affecting your overall data consumption. That means that consumers with limited data plans can opt into the zero-rating program to enjoy these services without fear of exceeding their data limits and incurring fees on the monthly phone bill.

Sounds pretty good, right? T-Mobile has taken this idea of zero-rating a step further with their “Binge On” program. After securing agreements with over 30 video streaming services, including Netflix, HBO, and Hulu, T-Mobile has rolled out the program allowing customers to use all of these apps at optimal levels without exceeding the data caps. The program is free to all T-Mobile customers (with options available to de-activate and re-activate it at any time), and there are ways to get other video streaming services included in the network (most of the time, these companies just have to take steps on their end to ensure optimal video quality in the context of zero-rating). While Binge On automatically optimizes other video streaming sources, it has been noted that third-party streaming involves much lower downloading speeds, in an effort to reduce data consumption.

Clearly, T-Mobile’s Binge On program is a glowing example of internet innovation, and several other internet providers have taken similar steps to copy the phone company (one rival, Verizon, has created the “FreeBee” program, which offers paid plans to allow access to web-based content without data caps). The FCC itself classified the Binge On program as “highly innovative and highly competitive” in November of last year, but, as regulatory agencies do, has shifted its stance to suspicion towards T-Mobile’s practice. Now, the FCC has sent a letter of inquiry to the company about the video streaming service, casting doubt on the future of zero-rated content in the face of onerous rules and regulations.

The question, though, is whether T-Mobile is really restricting its customers’ access to the internet, or is the FCC just overstepping its reach to interfere with innovation? After all, T-Mobile hasn’t restricted any video streaming service from joining the program (many companies have just chosen not to join, most notably including Google’s video service, Youtube). All video streaming services can petition to join, and just have to make several adjustments in their own operations to be considered acceptable.

On the consumer side, there have been no artificial barriers to entry imposed on any customer (it’s free, for crying out loud), and anyone who may choose to participate, or not, can opt in or out at any time. The attacks on T-Mobile’s Binge On program demonstrate the dangers of following net neutrality principles to their logical conclusion: banning a product that enhances consumer welfare. It appears that the FCC is questioning another innovative free market solution that benefits both consumers and producers, in this case T-Mobile and its customers.

So, Mr. Heisenberg, as intimidating as you are, the real danger is the regulatory agencies that want to make sure people can’t watch your show as they want.