FreedomWorks recently announced the launch of the American Freedom Initiative (AFI), a collaboration headed by former acting U.S. Attorney General Matt Whitaker. This project aims to help relieve injustices committed against Americans under the criminal justice system and the regulatory state. As part of this project, we will shine a spotlight on some of the individuals the AFI has identified under its Administrative Abuse Project that have been the victims of federal regulatory overreach. 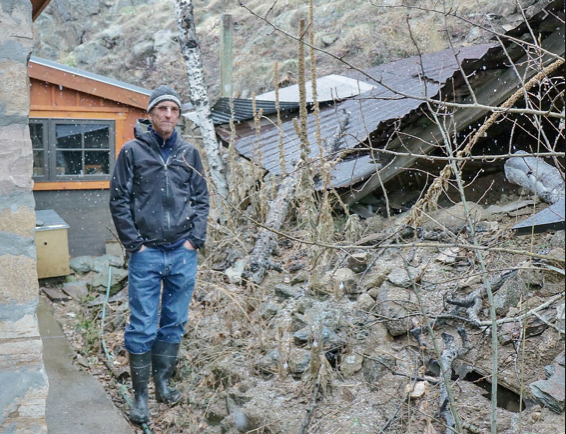 Neighbors can be a pain. But when your neighbors are the federal government, a nuisance can quickly spiral into a bureaucratic nightmare. Such is the case of Michael Whited of Boulder County, Colorado whose next-door neighbor is the Bureau of Land Management (BLM).

Back in 2011, a dilapidated mining shed on the abutting property owned by the BLM became unstable, threatening to collapse. Whited, a mechanical engineer, was reasonably fearful that the large stone and concrete structure could cave in his house if it collapsed. He notified the BLM of the danger and requested that they dismantle the shed. The request was passed around from office to office, but the BLM took no action. Whited even offered to buy the small parcel of land on which the shed sat, determined to take action himself where bureaucracy had failed. The BLM ignored him.

Not much encountered in the eastern part of the country, the BLM is the agency within the Department of the Interior (DOI) that is tasked with managing our public lands. Public lands are those lands that are owned and operated by the federal government comprising some 640 million acres — about 28 percent of the total landmass of the United States. The BLM manages approximately 245 million of those acres, with the Forest Service, also a thorn in Whited’s side, managing another 192 million acres primarily concentrated in the western part of the country. In Colorado, for example, nearly 36 percent of land is owned by the federal government, the majority of which is owned by the Forest Service.

The BLM and the Forest Service have continually been a significant impediment on landowners throughout the west. Their negligence and discounting of local populations’ interests have garnered much-justified ire among landowners, including Michael Whited.

In 2016, the shed adjoining Whited’s property finally collapsed. As he predicted, the rockfall caused massive damage to Whited’s property, reportedly knocking trees down, destroying his walkway, and even tearing the breaker box off his house. When Whited notified the BLM of the collapse, they told him to apply for a permit to clean up the damage.

As Whited’s Attorney, David McDonald, put it “Not only does the government put up roadblocks from fixing their mistakes, they will often provide roadblocks to stop you from fixing their mistakes.” Whited sued the BLM in 2018, and the suit was settled out of court. McDonald’s advice to other landowners is poignant: “Document everything…in my experience, you really can’t count on the federal government to be a good-faith actor. You really have to assume that if there is opportunity for funny business to go on, then it will.”